IF Britain is in the mood for apologising for things it should really add America to its list, it was claimed last
night.

As David Cameron told Pakistan that its current balls-out craziness was actually the fault of the British empire, experts pointed to the giant, stupid, disgusting country founded by some people from East Anglia.

Julian Cook, author of America: What the Fuck Were We Thinking?, said: “When Harwich-born Christopher Jones captained the Mayflower in 1620 he began a process that would lead ultimately to genocide, the Ku Klux Klan and Grey’s Anatomy.

“Thanks to him and his insane passengers, the way was paved for a nation of heavily armed toddlers led around by an ever-changing roll-call of religious maniacs, grubby conmen and dead-eyed celebrities.

“It doesn’t understand anything more than 15 minutes old – except creationism – and is littered with strip malls and heavily branded cheese pumps.

“We have engineered a massive, unstoppable Essex. We should all be in jail.”

Cook conceded that other European countries would have taken Britain’s place, but stressed: “Then we might have had a massive, unstoppable Dordogne. And that sounds brilliant.”

Historian, Roy Hobbs, added: “And let’s not forget that in the 19th century we made it even worse by ensuring its eastern seaboard was flooded with drunken, Irish gangsters whose chippy, lachrymose descendants would end up buying millions of U2 albums.

“So as well as Pakistan and America, we created Bono. And how do you even begin to apologise for Bono?”

Meanwhile, Cameron’s apology has been questioned by experts who stressed that the £650m in educational aid to Pakistan is being used to counter the sort of peevish, blood thirsty Islam that existed before the British empire was even a shitty little twinkle in a Plantagenet eye.

Bill McKay, professor of tiffin at Reading University, said: “If it wasn’t for a smattering of slightly giddy, gin-hammering colonists and jolly, Simon Callow-style vicars it could actually have been much, much worse.”

Letwin on to something 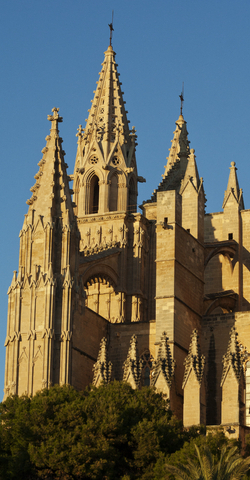 TORY bastard Oliver Letwin may have struck gold with his desire to confine the working class to their hellholes, it has been claimed.

Letwin said he did not want people from Sheffield to enjoy cheap foreign holidays because they tend to leave airports covered in hair, urine and a thick, greasy substance known as ‘dripping’.

But as educated liberals used Twitter to call him a c**t, experts told them to just think about this for a minute.

Economist, Roy Hobbs, said: “What if, right, we made sure that working class people had secure jobs, good homes, excellent schools and first rate healthcare and all they had to do in return is not come anywhere near us?

“It’s perfectly natural – and admirable – to want other human beings to enjoy the same quality of life as you do, but that doesn’t mean you have to tiptoe round their puke when you’re coming out of a wonderfully authentic little tapas bar in a side street in Palma.

“You know the one – it’s near that amazing cathedral that people like you and I think is a stunning example of Gothic ecclesiastical architecture and they think is ‘shite’.

“Wanting the best for them while simultaneously hating absolutely everything about them does not make you a bad person.”

He added: “Why do they want to go somewhere foreign anyway? It just confuses them and makes them even louder.

“Besides, they tend to prefer places that are filled with the same ghastly, sub-standard food and worryingly cheap beer that they guzzle at home. The actual foreignness of it is completely irrelevant.

“So instead of hunting down Oliver Letwin and eating him, wouldn’t we better using our collective talents to somehow make Sheffield a bit warmer?