THE US has challenged North Korea to launch a nuclear strike on Alaska to see if they even notice.

Following news that the rogue state has successfully tested a ICBM which could reach the state, US sources have informed them in no uncertain terms that they ‘would be wasting their fucking time’.

Secretary of State Rex Tillerson said: “Imagine post-apocalyptic Alaska with those famous monuments half-sunk in the sand, except oh yeah there aren’t any.

“So yeah, nuke away. Even residents will be just like ‘Is the radiation count higher today, or is it just me?’”

Kim Jong-un said: “No matter what I do, I can never impress them. I should just stop trying.” 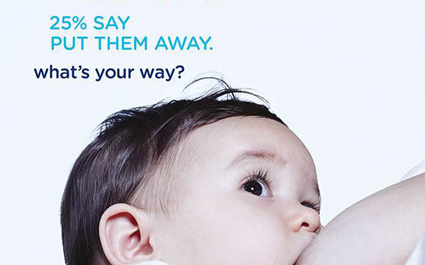 WOMEN are icky and only our products can save them, Dove has claimed.

Following its controversial breastfeeding advert, the cosmetics manufacturer has confirmed that anyone without a Y chromosome is inherently grim and should be made to conceal their shame with soap.

A Dove spokesman said: “Women have disgusting secretions from their malformed, wobbly bodies, and it makes us all sick.

“We’ve made our attitude very clear before, by parading a succession of lumpen women and inviting you to judge their horridness.

“Other brands give you these false messages about empowerment and diversity and other crap. Dove knows that the only true message is one that tells women they are gross.

“Here’s some concealer for your awful skin.”

Dove customer Donna Sheridan said: “Now I know our bodies should be hidden from public view at all times lest they frighten a child or give offence to the God who created us as a mistake.”

The Dove spokesman added: “Men, you’re perfect just as you are.”