THE abandoned capital of the United States has been colonised by apes after just three days of a government shutdown.

The White House, almost unrecognisable under thick vines and Spanish moss, is a crumbling ruin and the famous Capitol Dome is now occupied by orangutans released from the Smithsonian Zoo.

The shutdown, which sent all government employees home indefinitely, has seen human democracy replaced by territorial conflict between bonobo chimps.

Political commentator Susan Traherne said: Without gardeners, without drivers, and without police, Washington DC became a wilderness in hours.

The first to go were the senators, trailing their exhausted staff behind them, who travelled on foot leaving the bodies of interns where they fell.

“The lobbyists who stayed behind were torn apart by chimps angered by their offer of campaign contributions.

The only surviving staff are a tribe of former museum attendants, daubed in red bodypaint and riding Segways, who have begun hunting other humans for food and for sport.

President Obama, dressed in the ragged remains of a pinstriped suit, trekked from DC to New York chasing rumours of a small band of renegade lawmakers still operating according to the constitution.

When he arrived to find the Statue of Liberty broken and half-buried in the sand, he fell to his knees and shouted You really did it! You maniacs! Damn you! while pounding the shore with his fists.

Stocky dog disagrees with owner's claim that it doesn't bite 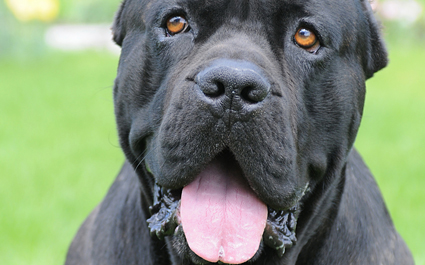 AN aggressive-looking dog has dismissed its owner’s claims that it would never bite anyone.

Stocky, big-headed dog Bronco is often described by owner Tom Logan as ‘soft as anything’ and ‘like a big puppy’.

However Bronco said: “Pretty much every time I meet a person, I find myself thinking about locking my huge jaws around their leg.

“Would I do it? I don’t know. I guess I’m what you’d call unpredictable.

“In fact I had a moderately serious dust-up with a boxer in the park last month.

“Tom seems to have conveniently airbrushed that from his memory.

“He is a rather irresponsible owner.”

Bronco said: “Tom needs to start telling people to stay the fuck away from me.

“They make their heads look a weird shape which scares me and makes me uncontrollable.”