POPE Benedict will fulfil a childhood dream next year by invading Britain as the infallible head of a fanatical regime.

The Pontiff is expected to land on the south coast just after midnight on 25 October 2010. He will set up an interim HQ at Bexhill-on-Sea and then take the A21 to Sevenoaks where he will join the M25 before exiting at junction seven and making his way to Buckingham Palace via Croydon and Tulse Hill.

Once installed in the Palace, he will deploy six Einpopengruppen to establish the New Order. Their first task will be to arrest the 2800 most uncatholic people in the country and have them shot on live television before the midweek National Lottery draw.

Meanwhile a squadron of Jesuits will close down all anti-Papist newspapers and seize control of the BBC by rounding up the corporation's 54,000 homosexuals and sending them to a 'reprogramming centre' in Limerick.

The Vatican has also drawn up a list of people it believes can be trusted to form a new government including Ruth Kelly, the former secretary of state for Opus Dei, Eurovision song contest winner Dana, and Paul Dacre, the editor of the Daily Mail.

A Vatican spokesman said: "Ever since he was a young boy, running around the back streets of Munich in his little brown shirt, the Pope has dreamed of crushing Britain under the iron heel of medieval dogma."

The Pope's UK-based invasion organiser, Harvey Goldsmith, said: "He's actually a really nice guy once you get past everything he says and everything he believes in."

Herr Ratzinger's visit will be only the second time a Pope has set foot in Britain since Henry VIII issued the Declaration Of I'm Fucking Whoever I Want in 1533. 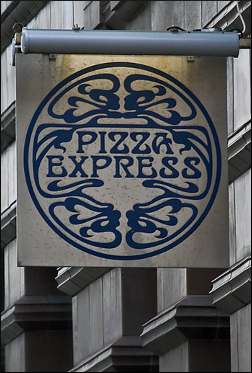 SCIENTISTS have claimed that the moon could support middle-class life forms after the discovery of a crater containing a Pizza Express and an excellent primary school.

The discovery overturns previous assumptions that the moon would be incapable of supporting a quality of life much above that of Weston Super Mare.

Experts now believe that aspirational micro-organisms evolved on the moon over 5 million years ago, progressing quickly from watching lunar WWE Wrestling while eating food from buckets to drinking filtered water and obsessing about CD multi-changers.

Professor Henry Brubaker, of the Institute for Studies, said: "We have long suspected a middle-class presence on the moon since Apollo 14 proved it was possible to play golf.

"We believe there could now be a thriving middle-class population existing just below the surface, probably doing web design or public sector arts jobs."

He added: "This will be excellent news for Guardian readers who were concerned about the state of the planet Earth but worried that fleeing to the moon might adversely affect their children's diet and education."

Since the discoveries, upwardly mobile North Londoners have already begun obsessing about lunar property prices and where they can buy really good bread.

Mary Coles, of Finsbury Park, said: "There's so much parking on the moon, minimal crime and no congestion charge. My only concern is that my children, Seamus and Rosie, will develop a moondust intolerance. Their naturopath says it's impossible to tell."

She added: "I intend to fill my days doing zero-gravity pilates and writing a confessional blog about how living on the moon is affecting my periods."