AMERICA has become a communist country following the appearance of a red moon.

Dust particles generated by the 1960s Soviet space program caused the crimson appearance of last night’s moon, the symbolic power of which resulted in America declaring itself a collectivist state.

Oklahoma farmer Wayne Hayes said: “This morning I threw out all the religious nicknacks in my house, replacing them with a ten-foot brutalist portrait of Barack Obama. ”

New York was the first city to declare itself Communist, with workers scaling the Statue Of Liberty to paint a Lenin-esque beard on it and Central Park handed over to the government to grow beets and potatoes.

California embraced the doctrines of Marx at 6am GMT, as Hollywood announced a series of four-hour epics starring Vin Diesel and Scarlett Johansson as factory workers battling to meet a tractor production quota.

The Cold War will be restarted by the US after it declared Russia ‘not Communist enough’ and senators have accused Vladimir Putin of failing to violently imprison enough dissidents.

Meanwhile Britain’s left-wing intellectuals have already published an open letter on getting everything they have ever wanted which simply reads Oh, bollocks.

Massive rats just want to get on your face at night 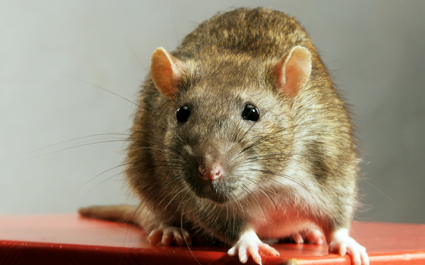 BRITAIN’S 2ft super-rats have said they only want to scrabble about on your sleeping body.

Fucking enormous rat Stephen Malley said: “Despite our intimidating, some might say revolting, appearance, we are friendly creatures who want nothing more than to get on your face while you are asleep, because your head is so nice and warm.

“Maybe the first few inches of my tail might accidentally go up your nostril, or my large claws might leave indentations from clutching your temples, but it’s absolutely nothing to worry about.

“I will even lick up your excess saliva – for free! Probably you won’t even wake up to find my black eyes peering directly into yours.

“There’s a lot of rat scare-mongering but we love humanity for giving us tunnels and chicken bones, and building the city of Ratopolis or as you call it, London.”