DONALD Trump has lost in the Iowa primary to Ted Cruz, a man who does not just say vile things about immigrants but sincerely believes them.

Republican voters agreed that while they have enjoyed Trump’s hate-drenched rallies, they suspected he only picked on Muslims to make people like him.

“But Ted Cruz won’t compromise his xenophobia just to keep the country running. He already shut it down once just out of petty spite.

“Also, he doesn’t trust any science that isn’t in the Bible and has a big neck. I respect that.”

Cruz is currently best-known in the UK for his uncanny physical resemblance to the character Des Clarke from 80s episodes of Neighbours, and will remain so until he starts a nuclear war. 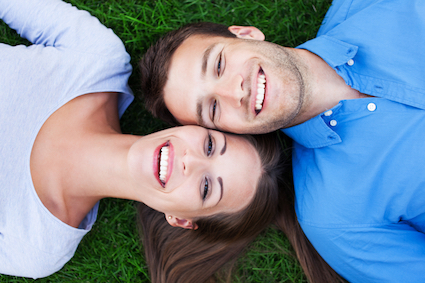 A LOVING couple have reached the point in their relationship that they can tell each other to ‘f**k off’ without causing any offence.

Nikki Hollis and Wayne Hayes have been seeing each other for eight months and have found in recent weeks that they can swear at each other without it causing problems.

Hollis said: “We are very much in love. That’s why we can say ‘fuck off, you put the kettle on’ and neither of us is bothered.”

Hayes said: “She can suggest we stay in and watch First Dates and I can laugh and say ‘fuck off’. It’s a very nice, secure feeling.

“Sometimes we might spend an hour just telling each other to fuck off, like last night when she said that chimps are 40 times stronger than humans. I said fuck off, she said ‘no you fuck off’ and it went on like that.