THE SAS has mounted a daring helicopter raid to rescue a British couple stranded in a horrifically modern French town.

Tom and Patricia Booker’s holiday nightmare began when they discovered the town of St Rocheaux was full of multinational chains like Burger King instead of artisan baguette shops and peasants in blue overalls.

Tom Booker said: “As soon as I saw the Orange mobile phone shop I realised we had to get out of there, but the Volvo engine cut out as I was accelerating away from Domino’s Pizza. We were surrounded by people in sportswear and office clothes, constantly checking their phones rather than picking grapes and playing the accordion.

“Patricia managed to get through to the British embassy, who advised us to stay in the car with our eyes tightly shut in case there were any adverts for global products like The Force Awakens.”

Within minutes an RAF Chinook was on its way, carrying an SAS platoon authorised to use lethal force against anything that would not feature in a Rick Stein programme.

Sergeant Bill McKay said: “One squad then set up a defensive perimeter and extracted the tourists, while my team took out a French branch of Sports Direct with phosphorous grenades as a diversion.”

Children 'must be protected from dangerously suave smoking in films' 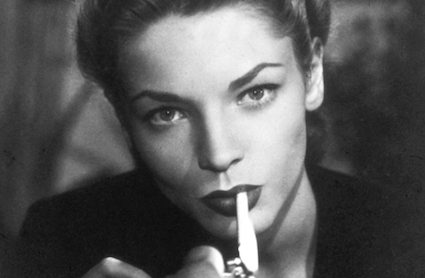 MINORS are not ready for how amazing you look when you smoke, campaigners have warned.

The World Health Organisation wants all films featuring smokers to be rated 18 because children have not earned the right to see people looking so amazingly suave.

Professor Henry Brubaker, from the Institute for Studies, said: “Child brains are small and rubbish, so the sight of Lauren Bacall asking Humphrey Bogart for a light might make their head explode from too much panache.

“Even Groucho Marx waggling his cigar at somebody has enough sophistication to make them dizzy, so they should probably stick with wisecracking otters or whatever shit they’re into these days.”

Health officials say that just 10 minutes viewing a person smoking on screen may be enough to make a child wish to choose a life of pleasurable indolence rather than joyless productivity.