A MAN took charge of a pub’s wood-burning stove despite not working there or being a regular, it has emerged.

Regulars at The Crown in Gloucester were astonished when newcomer Tom Logan started fucking around with its log fire like he owned the place.

Drinker Julian Cook said: “Nobody’s even seen this guy before but there he was, fiddling with the fire.

“Not only was he adding new logs, he was poking around at the already smouldering logs and blowing on the embers like Ray Mears. It seemed a bit of a liberty and anyway there was nothing wrong with the fire.”

27-year-old Logan arrived at the pub with a group of ramblers, and was clearly trying to establish himself as sort of alpha male figure.

He said: “Sometimes somebody has to take charge, even when you’re essentially in someone else’s house and everybody’s giving you a funny look. I’m like that at work when I’m doing a team project.”

The fire completely died soon after Logan had messed about with it, prompting the group to quickly finish their drinks and leave.

Scientist with The Sims 4 accused of playing God 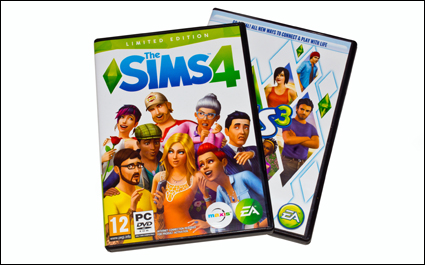 A GENETICIST who owns a copy of The Sims has been accused of attempting to control life itself.

Campaigners have condemned Julian Cook, a researcher from Corby, who they allege has been behaving like a capricious deity in front of his computer for several hours every week.

Protestor Donna Sheridan said: “Scientists think they can just create people out of nothing and make them repeat menial tasks to earn points. It’s against nature.

“It starts with giving electronic people tiny telescopes and leopard-print wallpaper, and before you know it they’re cooking up flying badgers and bringing back mammoths.”

Cook said: “Usually I’m a benign creator figure, but if I’ve had a bad day in the lab, I’ll unleash a plague of locusts to let off steam.

“Meddling with human DNA is against health and safety regulations, but there’s nothing that says I can’t mod the code to make my simulations eight feet tall with three parents.

“I like to make my creations worship me at a little altar, and if any of them displease me I set fire to their wives. But surely anyone in my position would do the same?”