Trump to play saxophone for first time at Presidential inauguration

PRESIDENT-ELECT Donald Trump will play a saxophone set at his January inauguration despite never having played it before.

Trump has commissioned a gold-plated tenor sax on which he plans to perform songs including Careless Whisper and Baker Street.

“I’m going to make jazz great again, trust me. I’m closing with Pursuance from John Coltrane’s A Love Supreme, for the blacks.

Trump dismissed warnings that playing the saxophone is not something a person can reasonably expect to excel at without practice, adding: “I’m a businessman. I can make anything work. I’ll make that saxophone sound the best.”

The president-elect is expected to make increasingly bombastic promises about his performance over the next two months before arriving at the inauguration without a saxophone and never mentioning it again.

Scouts f**king up your shopping for money 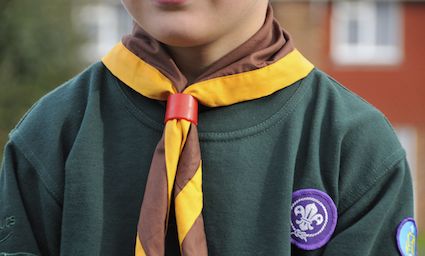 SCOUTS are at supermarket tills asking for a charity donation to crush your groceries.

The scouts, who are aged 11 to 14 and could not care less, are demanding a mere pound to pack your shopping so badly that its value has been reduced by a third before you have even paid for it.

Carolyn Ryan of Stafford said: “Want Whoops! quality without paying Whoops! prices? Get the Scouts in.

“They’ll pack tins of beans on top of lettuce on top of milk on top of cream cakes, pulverising everything and finishing it off with a precariously perched bottle of wine that slips out and shatters on the car park.

Scout Stephen Malley, aged 13, said: “You think this is fun for us? We have to do it to earn our anti-capitalism badge.”