UK to leave whatever it joins after leaving EU

SENIOR Tories have backed a referendum on Britain leaving whatever international set-up it joins after quitting the European Union.

Iain Duncan Smith said Britain should have the same relationship with the EU as Norway and Switzerland and then realise that being the same as the Norwegians and the Swiss is a bureaucratic nightmare.

He added: “Once we have freed ourselves from the suffocating relationship with Oslo and Berne I would hope that we would look to North America. And then accept that Americans are nice people but they do things very differently.

“I believe that our post-American future lies with China and India until they inevitably seek to subvert our democracy and ride roughshod over our institutions.

“Meanwhile, pro-Antarcticans will point to the fact that it’s our 184th largest trading partner while conveniently ignoring the potential for British exports to the Moon. Unfortunately our Moon efforts will be thwarted by the Moon Court.”

Duncan Smith said he wants a ‘clear timetable’ setting out Britain’s departure from Nato, the UN, the WTO and the International Table Tennis Federation. 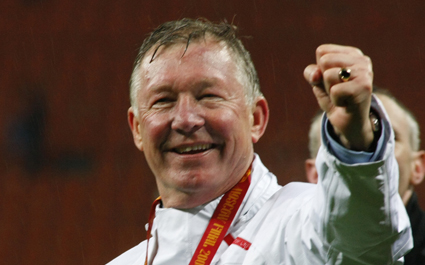 ALEX Ferguson will fulfil his lifelong dream of managing Manchester City, the club has confirmed.

The wine-friendly former United manager will take over from Roberto Mancini after the Italian failed to meet the high expectations the club suddenly decided it has.

Ferguson said: Ive driven past their ground late at night, muttering one day, Alex, one day to myself for the last 27 years so I cant wait to get started.”

During his time at Old Trafford the Scot was forced to hide the multiple City tattoos that cover his body, including a life-size picture of Colin Bells face on his chest.