US Church To Commemorate 9-11 By Causing Another One

A CHURCH in Florida is to commemorate the anniversary of the 9-11 atrocity by causing another one.

The Dove World Outreach Centre in Florida explored a variety of methods for provoking Muslims before deciding to set fire to the one thing they have asked us repeatedly not to set fire to.

Pastor Terry Jones will lead his congregation in starting a bonfire made from copies of the Koran in a move that experts say will lead to long waiting lists at flight schools across the US and western Europe.

Pastor Jones said: “The Ko-ran is a hideous book that condemns homosexuality, sex outwith marriage and abortion while demanding unquestioning obedience to God and making it clear that women are second class citizens.

Pastor Jones then retired to his study to read selected chapters of the sacred Islamic text before adding: “This is just excellent. I mean – excellent.

“This is what Christianity would be like if we actually had some fucking balls.

“It says here that if I want I can put a dog collar around Jennifer Aniston’s neck and then make her get down on all fours and eat raw chicken wings from a bowl. Okay, that’s not an exact translation but gist-wise it’s not far off.”

Ali Al-Makram, a leading US-based imam, said: “I honestly can’t remember what we were fighting about. It might have been that Britney Spears video where she’s dressed as a delinquent schoolgirl.

“But seriously, no book fires or it’s kaboom-time. You can take that to the bank and cash it.”

Pastor Jones added: “Is there something else we can set fire to? What about Cat Stevens?” 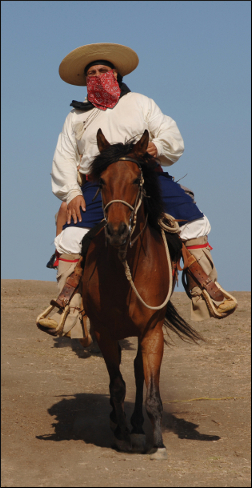 BRITAIN did a pathetic attempt at an Irish jig last night as
the Inland Revenue swigged from a whisky bottle and fired a revolver at
its feet.

The snarling, violent tax collector then made the country switch to body-popping before ordering it to find a chair and do the routine from Flashdance.

The move came after the organisation got drunk and decided to just make it up as it went along for the 14th time this year.

A spokesman said: “New rule. You dance or you die. Now do Gene Kelly from Singing in the Rain.

“We return in one week for your crops and your goats. Then we take your women and make you watch while we stick our dirty hands up their petticoats, press our stubbly faces against them and lick their milky white cheeks with our cigar-stained tongues.”

The spokesman then lifted the rim of his massive hat, grinned and spat a mouthful of brownish red liquid at Britain’s feet, adding: “And you will do nothing like the cowardly dirt farmers and mummy boys you are. Aha ha ha ha ha.

The latest rule change has divided Britain with some saying they should give the Inland Revenue what it wants, even if it is just to save the honour of their daughters, while others insist the country must nominate a small group to travel to Santa Fe and hire the seven most deadly gunmen in all of New Mehico.

Tom Logan, who must pay Â£1,827 and does not even know how to hold a rifle, said: “Even if we had the guns, we only know how to plant and grow and work in marketing and finance.

“Then again, it is the best part of two grand because they fucked up. I hope Yul Brynner will teach me how to shoot someone right in the testicles.”