NORTH Korean leader Kim Jong-un has finally met a leader as powerful, vain, petty and intellectually limited as he is, he has confirmed.

Kim, who lives in palaces of golden luxury watching kung-fu films and news reports about how incredible he is, has admitted that President Trump is his Western doppelganger.

He continued: “He calls himself a capitalist. I call myself a communist. But really, we are the same.

“I stare into those vacant, piggy eyes, possessed of no intelligence but an infinite desire for adulation and a total disregard for others, and it’s like looking in a mirror.

“He is old and I am young, I am a triumph of hereditary rule and he is a triumph of democracy, but deep down we are two spoilt children with chocolate around our mouths who will destroy the world rather than share it.

“In theory we could be friends, we have so much in common, but I am too pig-headed and obstinate to allow that and I know in my heart that he is the same, so it will be armageddon instead.”

He added: “All life on earth, extinguished in a jealous clash between two tantrumming stupids. So perfect.”

Smug right-wing git wondering what he did before the internet 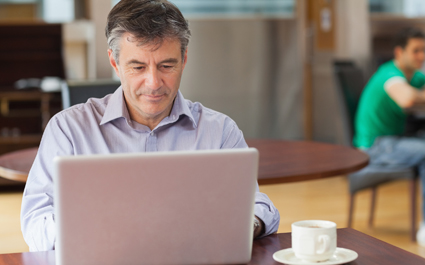 A MAN who spends several hours a day posting pompous right-wing comments on websites is wondering how he coped before the internet.

Roy Hobbs spends a ludicrous amount of time online goading ‘Remoaners’ and claiming he is not allowed to talk about immigration.

Retired engineer Hobbs said: “I can’t remember what I did before the internet enabled me to drone on constantly about young people being idealistic idiots who have sex with avocados.

“I did used to share my opinions in the pub, but the internet has the advantage of people not being able to punch you or worse still smile tolerantly and say ’that’s interesting’.

“These days I post everywhere from the Spectator to the enemy website Guardian, where I get very tribal and aggressive in a way I would never dare to in real life.

“I’ve developed a ‘hard-bitten Tory realist’ persona, as if I’m Ken Clarke or Winston Churchill and not just a guy who worked in a fridge door factory.

“Without the internet I’d have to share my opinions by handing out leaflets on the street, and I think the police are a bit touchy about some of my views on race these days.”