‘Who is Richard Nixon?’ asks Trump

DONALD Trump has been asking his aides who Richard Nixon is and why he is famous.

The US president called his close advisers into the Oval Office shortly after his predecessor was mentioned briefly on a television programme.

A senior source revealed: “The president looked puzzled and said, ‘Why would they mention this guy? Is he still alive? Can I talk to him? I bet he was told beforehand that the Oval Office is actually an oval. Not fair!’.

“The advisers hummed and hawed and then said Nixon was just some guy who was president for a couple of years who then decided to resign because he had done everything he wanted to do and went to live in a big building called the ‘Watergate’.

“Trump then said, ‘Okay, but is he still alive?’. At that point Steve Bannon asked the president to leave the room so he and the others could talk about this in private.”

The source added: “The President did confirm he was ‘well aware’ of ‘Deep Throat’ and has seen it 19 times.” 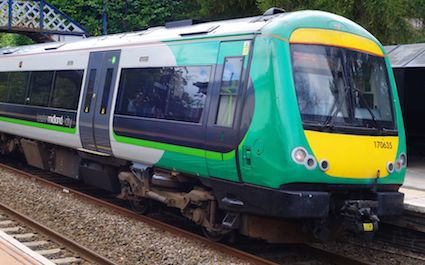 A TRAIN operator cannot believe the fucking nerve of a passenger who is demanding a refund because his train was 90 minutes late.

Employees at London Midland are outraged by the insolence of Tom Logan, who still saw half of his precious football match but is asking for 100 per cent of his fare back.

A spokesman said: “What a total bastard. Does he think it’s easy running trains or something?

“Yes, it was late leaving the station, but we can’t pay drivers to sit about drinking coffee, and why he’s moaning about being diverted via Northampton I don’t know. It’s a very historic town.

“The rail replacement bus got him there in the end, so what’s the difference? What is he, some sort of sicko train fetishist?

“Technically he does have the right to a refund, if he wants to be a rude twat. He’ll have to send his ticket in, then we’ll lose it, then ask for all the details a few more times, then deny a refund, then grant it but not pay it, then it’ll be past the 90-day window.

“He’ll never get his money, but that’s not the point. It’s the disrespect.”