What, in the name of god, is a 'pay rise'? asks Britain

A REPORT that claims wages have risen faster than inflation has baffled the majority of Britons who have no idea what a pay rise is.

Millions of workers confirmed that being given extra money by their employers was less likely than being abducted by liens.

Warehouse worker Tom Logan said: “So people automatically get more money because their company likes them and prices keep going up? Yeah, I’m sure that happens – in fairyland.

“I suppose they go to their boss and say ‘Give me more money every year, forever!’ and they just say ‘yes’, rather than ‘Fuck off you little rodent or we’ll get someone from the agency’. That’s funny.”

Office worker Donna Sheridan said: “I’ve never had a pay rise but the company does lots of ‘cool’ things to make you think it’s a good place to work, such as ‘Hat Friday’ when you can wear a hat ‘for fun’.

“I think pay rises must be a workplace urban myth, like the photocopier being haunted by an old employee who got crushed by the lid.” 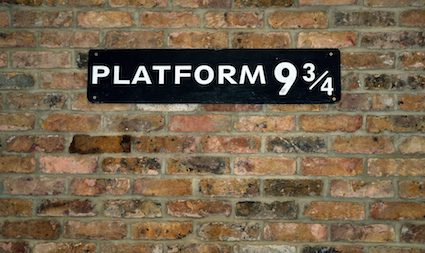 PIERS Morgan plans to use his ‘skills as a journalist’ to discover the truth about a controversial school he claims was founded by JK Rowling.

The television personality believes Rowling is ‘using her position of trust to brainwash the pupils against Lord Voldemort, who could do amazing things if hysterical liberals would just shut up’.

Morgan told a ‘friend’: “Rowling reckons I’m some sort of idiot, but I’ve seen the documentaries and I know what’s going on at this institution, which, by the way, makes Rowling millions in fees every year.

“My only worry is that my very close friends Robbie Coltrane and Michael Gambon have been duped into working there, taken in by Rowling’s vast propaganda machine.

“I’ll have to make sure they don’t recognise me and say, ‘Hey, Piers, my best mate, how are you doing, best mate?’.”

Morgan is currently at King’s Cross station running repeatedly into a brick wall between platforms nine and 10.