A BARISTA at a fashionable urban cafe has been sacked for playing The Lighthouse Family.

Patrons of the Unbearable Lightness of Bean coffee shop heard almost two and a half minutes of 1996 pop-soul hit Lifted after barista Stephen Malley found it on Spotify.

Shift manager Mary Fisher said: “I spoke to him about this last week when he tried to play that Simply Red live album.

“This isn’t fucking Costa, and even Costa would probably have a bit of Moloko or some deep house remix of Katy Perry.

“Our music policy is ‘whatever makes you smile’, but obviously that means minimal techno, post-punk and glitchcore.”

Malley said: “Maybe I’m just working on a deeper layer of irony that my boss. Or maybe I just like the Lighthouse Family and also happen to think Lisa Stansfield is very underrated.”

The Lighthouse Family were recently considered by the hipster high council for a semi-ironic revival, but were passed over in favour of Galliano. 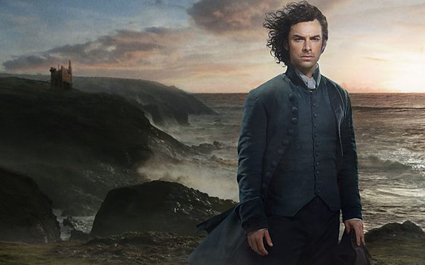 ADULTS who only read books for children are thrilled at the announcement of a new trilogy by His Dark Materials author Philip Pullman.

The Book Of Dust trilogy will once again follow a special magical child in a fantasy world of talking animals and be unashamedly read on trains by 45-year-olds.

Susan Traherne of Nottingham said: “Well thank God he’s given up on his misguided idea of writing adult books and given his middle-aged fans what they want.

“It’s been a lean few years, I have to admit. I was forced to read the Harry Potter play script because all the books aimed at children were too childish.

“The Dark Materials trilogy is based on Paradise Lost, you know, so it’s very sophisticated. No, I wouldn’t read Paradise Lost myself. That’s for grown-ups.”

Traherne added: “My friend kept recommending The Hunger Games books but, you know, they’re Young Adult. I don’t think I’m ready for those yet. Maybe when I’m 50.”