AS Libyans battle for their bright new dawn concerns were being raised that a new regime could charge more for car juice.

Amid fierce fighting in the centre of Tripoli, millions of western
motorists said they still had no idea how much these people wanted for
the thing that makes them slightly more interesting than other Africans.

Tom Logan, who has just spent eight grand on a Peugeot for Christ’s sake, said: “What we talking, £1.35, £1.40? That bird from Sky News is in
amongst it screeching about ‘euphoria’ as if chipper Libyans were part of
my monthly budget.

“Get Jeff Randall in there in a big, metal hat.”

Meanwhile experts said that by now an American invasion force would have
had a half-arsed interim government in place and be getting down to the
vital business of fucking everything into the middle of next week.

“Is it amateur hour? I think it might be.”

Julian Cook, a leading neo-conservative who thinks Iraqi car bombs are
transitional paperwork, added: “If we don’t see a Texan-sized portion of
western values this place could soon turn into a delicious new enemy
who will try to source unprocessed yellow cake from Devon.”

Meanwhile, Lockerbie bomber Abdelbaset al-Megrahi has written to the Scottish government asking if they can find him a nice hotel in Iran. 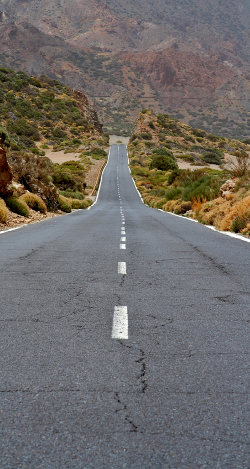 SAMIR Nasri will spend the rest of his career going from club to club trying to do right, confirmed his agent.

With his deal with Man City under threat due to the absence of a clause covering renegade justice, the Arsenal midfielder will be destined to wander the UK, solving disputes and helping communities with his light-footed trickery.

Nasri’s agent Wayne Hayes said “While Sami’s contract keeps him at Arsenal for several more years, I know he’ll always have one eye on the road, trying to dispense summary law in a way that’s financially more lucrative than his current deal.

“Maybe he’ll turn up in Gaza to ease simmering tension in disputed territories by dribbling the ball through a minefield, or he might just come to the aid of some local villagers needing to run a ruthless property developer out of town by hammering free kicks into his face. Only Nasri knows for sure.”

Hayes was quick to dispel rumours that current negotiations were falling apart because everybody involved wanted more money than God and stressed that Nasri’s only needs were a bed for the night, a simple bowl of rice each day and 85% of all international image rights.

Nasri has become increasingly frustrated by Arsene Wenger’s insistence on using him as a creative midfield dynamo as he feels this limits his ability to gnomically teach people a little something about themselves while sorting out their problems.

He said: “The butterfly knows only the face of god in every raindrop but builds no churches, and this is why Wenger should not cup-tie me against Udinese.”

He then gathered up his flute and knapsack and hitch-hiked his way back to his simple 15-bedroom mansion.