KIDS in the 1970s faced death-defying risks on a daily basis, and the survivors don’t like to talk about it. Here are six hazards they shrugged off:

Wild swimming five decades ago was enhanced by fizzing river water capped with impressive heads of chemical foam which you could throw at one another like summer snowballs. It was all caused by the run-off from the factory upstream, which made additives for blue drinks.

Travelling by car was better than a rollercoaster back then. You could stand between the front seats, you could clamber out of the sunroof in the rain, and if Dad had to stop suddenly the cigarette butts from the overflowing dashboard ashtray acted as a carcinogenic airbag.

Everyone had a dog and owners were committed to allowing them to be their authentic selves, roaming free around the neighbourhood all day. Which was thoughtful, as dogs, being pack animals, loved nothing more than surrounding the weakest child they could find and terrifying them.

Less than 30 years since the war there were copious pieces of open ground which had been buildings before the Nazis bombed them, and these were prudently used as playgrounds for the young to explore, unsupervised, at their leisure. What’s that big metal thing? Throw rocks at it.

As British as it gets. Lovely chips cooking in an open pan of oil hotter than the sun were a magnet for hungry kids. Be careful, because the pan easily set alight creating a localised kitchen inferno, and sensibly running it under the cold tap would spread it far and wide. And this was perfectly normal back then.

So I think we can all agree that went brilliantly, says Raab 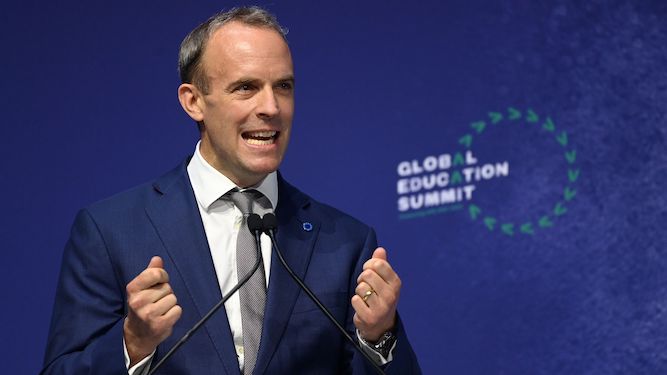 DOMINIC Raab is ready to face praise from MPs today on how incredibly well Britain’s withdrawal from Afghanistan went.

The foreign secretary will be questioned by the cross-party foreign affairs committee later, and expects the questions to be along the lines of ‘How are you doing such an amazing job?’ and ‘Why are you such a legend?’

He continued: “Of course it won’t all be praise. I’m expecting a lot of sympathy about the five days holiday in Crete I lost. I didn’t get those refunded.

“But largely I imagine it’s a teaching opportunity. How a military withdrawal should be done, how to handle a refugee crisis, how to enhance Britain’s reputation on the international stage, all that.

“After three-quarters of an hour they’ll have run out of superlatives so I’ll just tell them about my daily workout routine. Curls, reps etcetera. That’s my go-to for when people are gaping in awe. Happens often.”

Shadow foreign secretary Lisa Nandy said: “We’ll ask questions about how he managed to oversee quite such a total f**k-up and he’ll answer them as if it was a barnstorming success, just like every other Tory.