YOUR kids are back in school with hundreds of pounds of new stuff, and the useless bastards will have misplaced it all by 3pm. These things already need replacing:

That new jumper with the school crest that you had to splash out £40 for? Yeah that’s gone. It was a hot day, it was being used as a football goal at break, and frankly your child is angry you’re even talking about it when they’ve made a windchime out of empty Coke cans.

The school has a strict and obsessively enforced – for the first term – dress code so your daughter must to stay home until she’s properly dressed, nonwithstanding the fact that she’s thrown her £15 tie in the bin with the contents of her lunchbox once again and the sole uniform outlet’s run out of them.

You got the PE kit home in one piece, but not the newly purchased black leather football boots the school demanded and your son swears blind you never gave him. Is it possible that the cash-strapped school is simply collecting and selling them?

Turns out every girl in your daughter’s class has the same Squiggle pencil case, so there’s no hope of finding the one you specifically told her to write her name in because she didn’t. Also she needs a replacement immediately or she’ll be ostracised for the next five years. You went to school. You know that’s no idle threat.

That reusable box and cutlery you sent your child in with, to avoid having your cutlery drawer denuded of teaspoons at the rate of five a week? It’ll never be seen again. Forget your carbon footprint, just send their sandwiches in a fresh plastic bag every day.

After just a single day at school, despite just having had six weeks off, your child has lost all hope for the future and cannot see the point of anything they do. This is what British schooling exists for.

How to monetise being an absolute prick 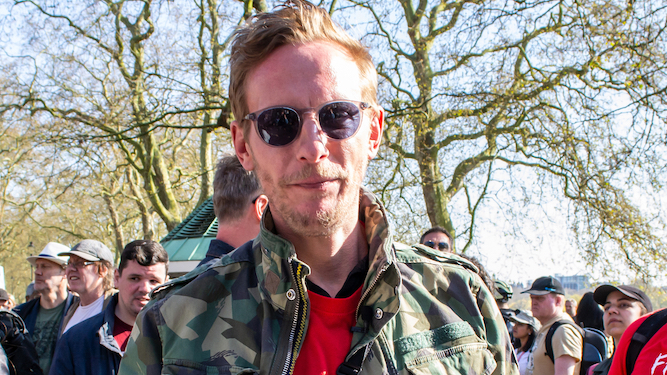 SOME people still think being a total knobend is a bad thing, but there’s never been a better time to make a living from being a copper-bottomed throbber. Here’s how:

Everyone hates sensitive woke snowflakes, so to really up the ante you need to be the most oversensitive at all. Don’t be inhibited by shame. Really work the hypocrisy cycle of condemnation, playing the victim at the slightest pushback, exacting bitter revenge and then doing it all again next week.

There’s no point being subtle these days, not with our prime minister out there leading the charge. Besides, your target audience aren’t going to pay you for beating around the bush. Whether travellers, refugees or Kamala Harris, say what you mean and ride the consequent outrage to a Spectator column.

Complain about being cancelled across as many media outlets as possible

After you’ve written some piece of hateful, beyond-the-pale toss, don’t just go moaning to GB News about it. Go to the Telegraph, the Mail, the BBC, Sky News and threaten legal action for your blacklisting by the all-powerful Morning Star.

Being a utter wanker is a crowded field. Everyone’s jockeying to be the next Laurence Fox.  To really stand out you’ve got to be the most iconoclastic, innovative, disruptive wanker out there. So go for a national hero, perhaps a recent Olympian, and smear them hard, the charity-supporting bastard. Everyone will despise you and that means? Cash.

You can’t stop now, not when everyone’s waking up reaching for their phones eager to see how you’ve outraged them next. And in our fast-moving media age there’s always a new wrong side to be proudly on. This gravy train will never stop until you tweet something that crosses the line, get sued, get banned from Twitter and have to sell your house.