Five ways to put off going to the toilet

YOUR body might be telling you it urgently needs to go to the bathroom, but sometimes it’s just too much hassle. Here’s how to put it off like the lazy bastard you are.

Concentrate on the TV

You’re five minutes into Force 10 from Navarone when your realise your own Force 10 has brewed in your underpants. However if you focus on the film you can put it off for at least an hour, albeit an hour of discomfort and farting.

When out shopping it’s a nightmare finding a public toilet for a wee. Instead distract yourself from your painfully ‘full tank’ by talking incessantly to your partner. Alternatively rabbit on to shop assistants who will wonder why you keep twitching nervously like a shoplifter.

If the office toilet is too far away, take your mind off your aching bladder by typing so fast you look like a concert pianist playing Rachmaninoff. For some reason this can cause the urge to urinate to pass entirely, until it returns with a vengeance and you have to sprint to the bogs.

Go back to sleep

There’s no point getting all the way out of bed for a piss when you’re so cosy, so ignore it until you drop off again. WARNING: If you start having vivid, enjoyable dreams about relieving yourself, bad things may be happening.

If you’re doing an exercise class and it’s too much fuss to excuse yourself, prevent a bowel movement by clenching your entire body as if being tortured with electric shocks. However it is important not to lose concentration or you might not be invited back to that class again. 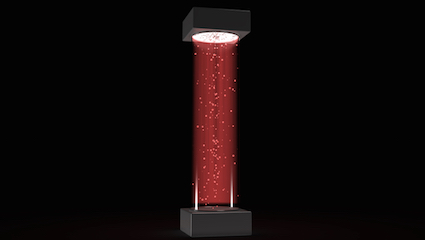 ABANDONING the outside world in favour of a big glass tube can extend your life expectancy by decades, according to a new study.

The long-term research project kidnapped two young men, suspending one of them in an eight foot-long tube and forcing the other one to live in a flat and work in IT.

Specimen A responded well to life inside the tube, enjoying the combination of sedatives, liquid food and episodes of gentle, family-based sitcoms. Specimen B went to the local pub where he met a nice girl with a fruity laugh. After three years of sexual intercourse they married and moved to a leafy suburb to raise a family.

Specimen B’s diet included ready meals, Cheerios, and ham and cucumber sandwiches with full-fat mayonnaise. He also enjoyed wine with meals, a few pints of beer on a Friday evening and the occasional cigar. He died in his sleep from heart complications aged 72.

Specimen A is now 75 years-old but has the health of a man in his mid-thirties. His daily routine involves selecting programmes from an Apple TV box while a steady stream of pulped cranberries and broccoli moves from the tube into his stomach to the tube out of his rectum.

Project leader Dr Roy Hobbs, said: “Specimen B was such a wretched waste of a life, but look at Specimen A. His bowel movements are outstanding thanks to the potent cranberry mush. And he’s got Apple TV.”