Making someone wait to shake your hand, and other micro-dicked power moves

PRESIDENT Erdoğan of Turkey is such a masculine boss man that he made Putin wait 50 seconds before shaking his hand. What other tiny-penised power moves could he have used?

Making someone wait to shake your hand

If you’re meeting someone who thinks they’re harder than you, it’s vital to get your power play in first. Pretend to enter a room with them and then hang back at the door while they stand in the middle of the carpet looking like a lemon. After a minute walk up to them and shake hands. Boom. You’re the big man.

Open a bottle with your teeth

Want to look more macho than all the other guys at the party? Make a big show of opening a bottle with your teeth. They’ll be genuinely intimidated, but only because you’re a psycho who’s pulled out a tooth and is dripping blood all over your host’s new carpet while crying from the agonising pain.

Pick up the tab

Want to make sure you’re the alpha male when out at a restaurant or a bar? Insist on paying the bill for everyone present. You’ll look suave, rich and dominant. Although you may have to have a cry in the toilets afterwards when you realise you’ve paid £327 for people you hate from work to eat hideously overpriced nachos.

Refuse to commit to a relationship

According to dickhead pick-up artist forums on Reddit, a man loses the upper hand in a relationship the moment he agrees to commit. Retain your power forever by never agreeing to go exclusive with a woman. You have triumphed over all women, until you’re a bitter, lonely 75-year-old with no one in your life who loves you.

Have your picture taken bare-chested on a horse

The problem with trying to out-power move Putin is that he is the king of teeny-cocked power moves. If you want to emulate him, take your shirt off and ride around on a horse. You’ll feel amazing, while looking like the most insecure bellend who ever lived.

Man might support the Lionesses if they win the whole thing 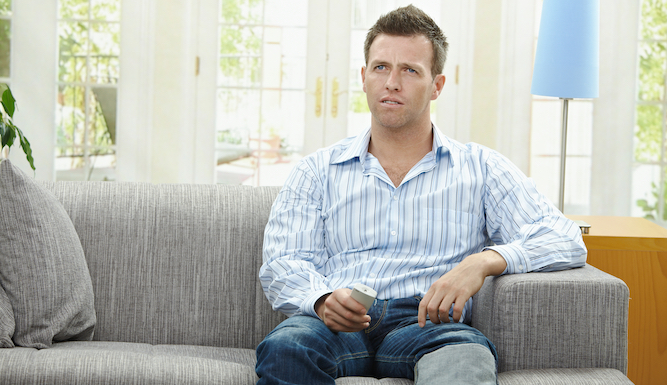 A MAN has announced he might think about backing the Lionesses during the Women’s Euros if they end up winning it.

With the Lionesses being the first team to earn a place in the semi-finals, glory supporter James Bates has decided to give them his allegiance if they go all the way and bring home a big shiny trophy.

He said: “Yeah, they’re not doing too badly. But let’s not get ahead of ourselves. France, Sweden and the Netherlands are still in the game, so there’s everything to play for.

“Thrashing Norway eight-nil was sort of impressive, I guess. And getting five goals past Northern Ireland wasn’t bad. Wiegman’s girls ruined their clean sheet while beating Spain last night though, so they need to try a little harder to win me over.

“Fair’s fair though. If they make it through to the finals and win I’ll give them my seal of approval by saying ‘good job’ and doing a curt nod at the TV. I might even consider getting a Women’s Euro 2022 sticker album, although I already know I won’t.”

Bates girlfriend Lauren Hewitt said: “James is already convinced that Southgate’s squad will cruise to victory in Qatar. He says what they do is ‘real football’.”