Only thing keeping man going is not working for Deliveroo

A MAN whose life is shit regularly cheers himself up with the pathetic tactic of remembering that he does not work for Deliveroo.

Office worker Tom Booker developed the technique after seeing a harassed Deliveroo rider stagger into a burger chain to take some mediocre food to a lazy bastard for not much money.

Booker said: “I’ve got a meeting in work tomorrow, by which I mean a bollocking, but as I receive another humiliating dressing-down I’ll just think ‘At least I’m not working for Deliveroo’.

“Also my girlfriend has said there’s something she needs to tell me in person, which isn’t a good sign. But the cool thing is I’m not weaving through traffic with a massive box on my back.

“My flat’s a dump and my career’s going nowhere, but again – no Deliveroo. Maybe I should have higher aspirations than not working for Deliveroo but it really makes me feel good about my life.

“To be fair I’ve heard the money isn’t terrible and there are probably worse jobs out there, but at least I’m not one of those losers on bikes.”

Booker’s boss Nikki Hollis said: “I don’t feel Tom is a good fit with our company and maybe he’d be better off in some sort of freelance outdoor catering logistics role involving plenty of exercise.”

Should you correct that person's f**king awful grammar? 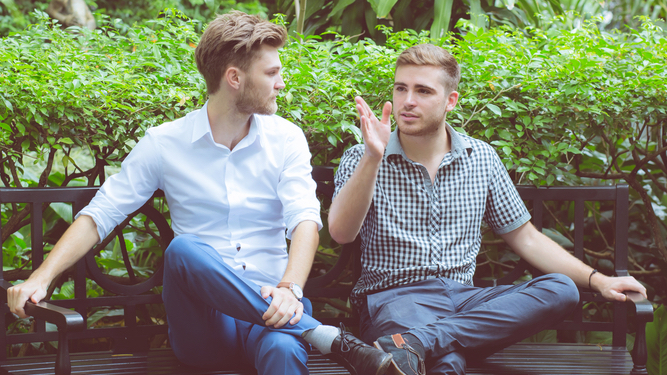 WHEN a person makes a grammatical mistake it’s tempting to correct them, to help them learn and make yourself feel clever. But should you? Read our guide.

This one is so obvious that anyone getting it wrong probably has bigger problems than spelling. However it’s still fucking annoying so go ahead and correct them, even if it makes you the twat.

Tricky. When did you last see the phrase ‘Answer in 25 words or fewer’? Also a popular gripe among absolute twats who love criticising BBC newsreaders for saying ‘less’. Probably best to let this one go.

It’s easy to fuck this up through simple carelessness, and statistically you will have done so. Let he who is without sin make the first grammar correction. However, persistent misuse shows the offender is a lazy bastard who won’t just look it up once and for all, so go ahead.

‘Peaked’ when they mean ‘piqued’

Slightly grey area. It’s clearly wrong and thus annoying, but comes across as nitpicking. Also you don’t want to ‘pique’ anyone’s interest in giving you a punch in the face for being an arsehole grammar pedant.

People who get this wrong are often blathering on about why we should leave the EU but they should be able to live in Spain hassle-free. Go ahead and make them look like a dunce.