Shit car accessories through the decades

IF YOU had a car in the last 40 years, you bought this shit and believed it a good idea:

Hanging from the rear-view mirror in the 1980s, adding a touch of gambling fun to every Ford Cortina, you honestly thought these were clever. Until the bloke from the next street fitted the Dukes of Hazzard horn to his car and your girlfriend left you for him.

There was a time when no car would be without an anti-static strip connecting the car’s bumper and the road to discharge the fatal build-up of static electricity which otherwise electrocuted nobody, ever. A perfectly ineffective solution to an entirely imaginary problem.

Were you sick of driving somewhere, getting from A to B with unparalleled convenience, and at the same time not receiving a massage? Then this innovation was aimed exactly at your entitled idiot brain. Merely drape it over your seat and it’s like you’re sitting on marbles for hours and f**king hours.

Ever halfway through an anecdote about driving from Coventry to Stoke-on-Trent and found your verbal account isn’t bringing alive the journey for your audience? Now you can show everyone exactly what it was like in real time. Also useful in a crash, so your insurers can be absolutely sure it was definitely your fault.

Often find yourself nodding off on longer drives? Worried that nightmares will cause you to unconsciously jerk the wheel to the right, crossing two lanes of traffic and causing an accident that’s all down to that bad dream? Get a massive dreamcatcher so only benign, traffic-calming dreams can get through. Sorted.

Your dad had them, conceived you in the back of the car to a Bruce Springsteen song about conceiving a child in the back of a car, and now you’ve got furry dice in a car of your own but at one remove, as a joke. Who the f**k you are fooling is a question it’s best not to ask.

Five things bosses expect you to do on your holiday 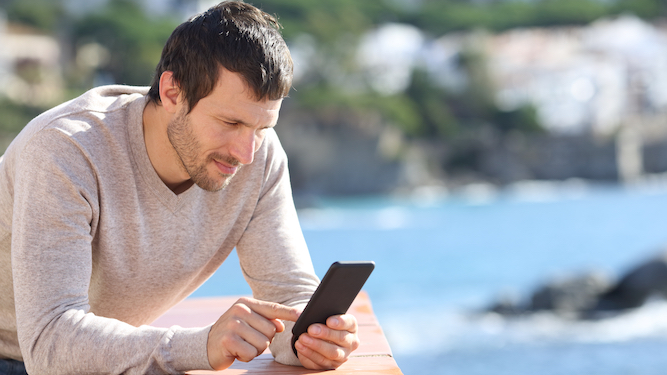 HOLIDAYS are a time for much-needed rest, relaxation, and escape from work. Here are five pieces of unsolicited toil your boss expects regardless:

Smartphones mean we carry inboxes in our pockets, so you’re never more than a couple of taps away from telling Brenda in procurement that you’re actually away this week and can the incorrectly completed Biro request forms wait? You could set an out-of-office alert, but it wouldn’t make any f**king difference.

Not physically being in the office means you’ve got the space and time to come up with innovative business strategies that will turn the company’s ailing fortunes around. Be ready to pitch your ideas to the board on your first day back at 9am like a good team player.

Now that bosses have discovered you can work remotely, they’ll think nothing of asking you to sit in on a Zoom meeting from your holiday cottage and take notes on a conversation about restructuring. After all it’s barely even work, and if you don’t then it’s your neck on the chopping block.

Make them a tea

To be fair this is your key skill in the office so your absence is being keenly felt. If you don’t take some time out of your week in Weymouth to pop in, stick the kettle on, and serve your boss a brew just how they like it, expect them to piss and moan about it during your next performance review.

As you step out the office door, your boss swoops in to tell you that Martin’s off sick, Donna’s extended her maternity leave and Pete’s hungover, so if you could do your full normal workload while unwinding in the Lake District that would be great. Regretfully there’s nothing in the budget for overtime.