Eating apple pips will make a tree grow in you, and other idiotic things you believed as a kid

ALL children are profoundly thick and will believe any old crap. Here’s some of the nonsense you no doubt bought into:

Australia is upside down

Sure, it’s called ‘Down Under’ and appears on the bottom of a globe, but that in no way justifies the foolish assumption that everything is upside down there. You somehow managed to believe this, despite watching Neighbours every day and not once seeing Jason Donovan fall into the ceiling of Charlene’s kitchen.

Trees can grow inside you

To your tiny, childish brain, there was a certain amount of logic in this. Trees come from seeds, therefore, if you eat an apple pip, you’ll soon have to deal with a tree trunk making its way out of your mouth. It seemed likely, despite the complete absence of people wandering around with branches of Granny Smith’s trees poking from their faces.

Worms don’t die if you cut them in half

Despite every other animal in the world reacting in the standard way when cut in half, ie. dying, you bought into the idea that worms had a mysterious superpower, and scissoring their body in two was somehow doing them a favour. Cutting up worms was definitely a benevolent act designed to double their population and not the first stirrings of psychopathic tendencies.

Everything was black and white in the old days

Old photographs are in black and white, therefore colour was only invented circa 1965. You never dug into the logic of this too deeply, but if pushed, perhaps you’d have said that a secret government programme must have been launched to colour in every single person, place and thing in the world.

This lie was pedalled by your parents who didn’t want you chewing gum because they considered it common. However, all it did was convince you they were thicker than you because even someone with very basic knowledge of anatomy is aware that your digestive tract is not attached to your heart.

Is your garden sufficiently middle class? 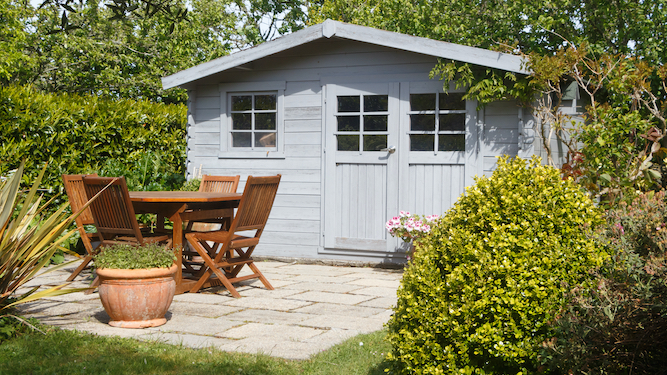 IS your garden middle-class enough to impress and intimidate your neighbours? Find out in our quiz:

A. A ‘garden room’ that cost £20k, has Hague Blue walls, bifold doors and enough space for Noah to do his cello practice.

B. A ramshackle little hut full of spiders and broken strimmers left by the previous owners that I can’t be arsed to sort out.

How do you feel about your garden?

A. It’s an extension of my living space and allows me to be an aspirational wanker in the great outdoors.

What do you consider essential in a garden?

A. Something that shows the plebs next door that we are wealthier than them, such as a pizza oven or patio heater.

B. Some green stuff. Could be grass and bushes, or the mouldering rolls of discarded carpet I’ve been meaning to take to the dump for several years.

Do you have any indulgent bits of unnecessary kit taking up space?

A. If I’m honest, we haven’t used the pizza oven or patio heater since last year. But the garden is huge because we live in a detached house, so it doesn’t really matter.

B. The MK2 Golf GTI sitting on bricks takes up most of the garden. However, the kids enjoy playing The Fast and The Furious in it so it’s win-win really.

Do you encourage wildlife?

A. Lottie made a bee hotel at her Montessori nursery and we’re going to replace the the fence with a native shrub hedgerow at vast expense so we can virtue signal about the importance of reversing habitat loss.

B. Yes, we allow Liam from next door to sleep on the sun lounger overnight when he’s lost his keys on the way back from the pub.

Mostly As: Your garden goes far beyond being sufficiently middle class and has become nauseatingly middle class. Which it should be, because you paid the gardener an eye-watering amount to make it so.

Mostly Bs: Because you don’t give a toss about it, your garden is full of nettles and brambles, making it a haven for wildlife. You are heroically fighting biodiversity loss by doing f**k all.