HAVE you upset your partner with completely thoughtless gift-buying? Here are some classic f**k ups:

When shopping for someone of the opposite sex, clothing sizes are so confusing that they may as well be written in Wingdings. However, try and figure it out before you make a purchase as, if they are 42 years old and you panic-buy them something with a 42-inch waist, they will think you are completely f**king stupid. And they will be right.

Are you really into wild swimming whereas they freak out at the thought of getting in the bath? Don’t buy them a wetsuit, however much you want them to appreciate your passion. They will hate you for it, and also for wasting the money in the joint account.

Whether it’s men trying to buy nice lingerie or women thinking their partner will be into edible body paint, buying something sexy for your other half is a terrible idea. However much you spend the gift will be incredibly tacky, and will create so much pressure the next time you have sex that neither of you will want to do it again for six months.

Think they will appreciate a practical present

Does the toilet cistern need a new lid? Don’t for a second think that your partner will appreciate you buying them one for their birthday. While it’s true that they will get an awful lot of use out if it, you won’t because they’ll have kicked you out for being an unthoughtful dickhead.

Get a pet without consulting them

Unless you are giving it to a child, a surprise pet is never a good idea. While opening a box and finding a puppy in it is fun in the moment, having to spend the next 11 years picking its shit up and taking it to the vet is not, especially if you didn’t explicitly choose to. 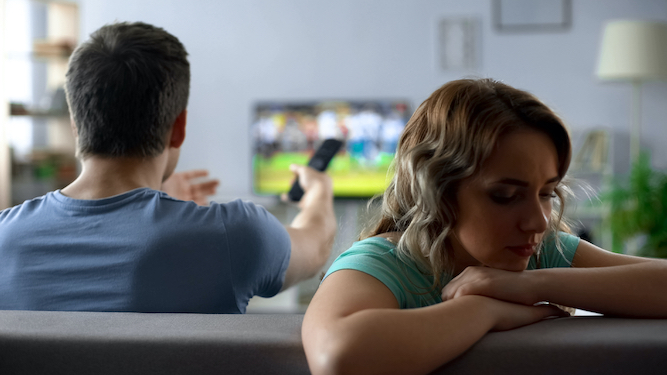 WANT to annoy the hell out of people who don’t give two shits that the football season has started again? Try these tactics:

Talk endlessly about your fantasy team

For those who hate hearing people incessantly talk about football, the only thing more irritating is listening to them drone on about imaginary football. For that reason, endlessly discuss the team that you have picked for that week and the reasons why, despite the fact that it’s f**king pointless.

In the era of smartphones, there is not a moment that cannot be spent checking for the latest score updates. All of Saturday should be spent on this tedious pastime, even if it means driving your football-hating companion insane. If there isn’t a game going on at the time check the latest transfer speculation every few minutes instead.

Allow the score to determine your mood

Perhaps some people in your party want to have fun? That’s all well and good when your team has won, but when they’ve lost, make sure that it ruins not just your mood, but that of those around you, too. Everyone should go home feeling as angry and disappointed as you perpetually do.

Act like every match is the biggest game ever

Claim that each week’s game is the biggest event of all time. When a non-football fan points out England’s recent success in the Euros, say they know nothing about real football and launch into a tedious explanation of how minor club matches can be more important than the big ones even plebs like them have heard of.

Be an immature bellend about anything to do with football

One of the worst characteristics of many football fans is how childish they can be. For that reason, display immaturity in abundance, and claim to hate anyone who happens to support another club. Also be unduly angry about referees, and sneer at anyone who says they do not like football.