THERE are some things in life you wish you were loaded enough to pay someone else to deal with. These will make you angry you’re not a millionaire:

Looking after your kids

After four hours of your toddler refusing to sleep, clawing at your eyes and kicking you in the throat, you begin see logic in the Kardashian-West approach. That is, throw money at the problem and employ a gaggle of nannies to raise your children while you go shopping.

Taking the rubbish out

There’s nothing like an unedifying tussle with a leaky, overstuffed rubbish bag to make you wish you were a shrewd dotcom billionaire who made a killing in the noughties and hasn’t looked at a bin since. Instead, here you are, in your pants, chasing the refuse lorry down the street at 6.14am.

If only you’d tried harder in school, this would be your chauffeur’s problem, and he’d be pulling your Rolls Royce into the entrance of a top Monte Carlo casino to drop you off. Instead, you’ve spent 25 minutes driving round the car park of a soft play centre, weeping as you try to find a spot for your battered Citroën Saxo.

Public transport is definitely only for the plebs. Block out the selection of lunatics that are always on every bus and train by daydreaming about being a Russian oligarch on a private jet or yacht. Yes, you’d be forever indebted to the shadowy world of Putin and the Kremlin, but at least you wouldn’t be on the 468 bus to South Croydon.

Cooking can be a relaxing, therapeutic experience. Sometimes. More often than not, though, it’s a miserable, resentful attempt to make something vaguely edible from the few paltry ingredients you have in, in the shortest possible time. Imagine never having to ask ‘What shall we have for dinner?’ again because your private chef decides for you. Bliss.

The five bastard tradespeople who can charge what they like 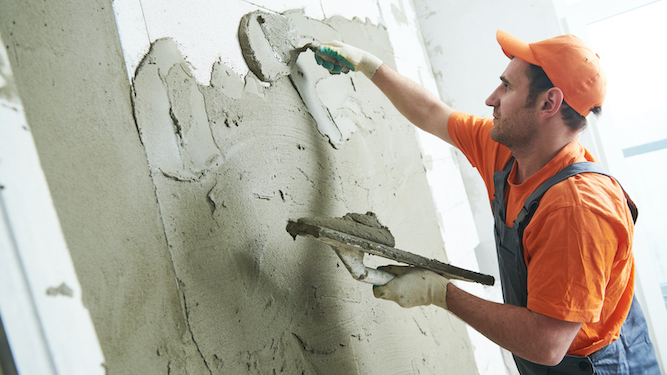 AT some point we all need an expensive expert to help us. Here are five people who can shaft you, and there’s nothing you can do:

Got a blocked toilet? Sadly your school taught you trigonometry and Latin instead of something useful like plumbing, so you have to call someone in to deal with it. It’ll cost a fortune but, understandably, no one wants to be elbow deep in your poo for nothing.

There’s a weird knocking noise in your car that gets louder when you’re in second gear, so you have to take it to the garage. Despite putting on a performance worthy of Gielgud, you haven’t got a clue what the mechanic is talking about when he explains the problem and will pay anything not to have to get the bus to Waitrose.

Boiler repair engineers know you haven’t the faintest clue how your boiler works, other than to change the temperature. So when they tell you that the steam expansion vessel has corroded and needs to be replaced you just gulp and hand over the cash, while simultaneously waving goodbye to this year’s holiday.

It takes an average of four weeks to get a roofer to return your phone call, and a further nine to get them to come out and give you a quote. Add on another six weeks for them to actually do the work and you’re just so grateful the leak in your roof is going to be fixed that you don’t care how much they charge you.

Good plasterers are rarer than pangolins. While you wait to find one, you joke to friends that it would be easier to watch a couple of how-to videos on YouTube and have a crack at  it yourself. When you have thoroughly f**ked up your walls, carpet and marriage, you will happily wait several months and hand over thousands of pounds to get an expert to do it.