HAVE you noticed that certain things are a lot more difficult now you’re past the age of 40? Here are some common problems and how to beat them.

Middle age spread and a lack of exercise for decades turns this once-simple task into a humiliating physical challenge. Either get in shape or let your toenails grow a few inches then lop them off with your long-handled lawn shears.

You used to go to loads of gigs. Getting pissed while listening to music isn’t difficult, and you actually thought it was important to have seen Lush live. But now being invited to a gig fills you with terror, as if you’d been ordered to walk across a minefield, not get a bus to Camden. Best to make up a lame excuse for not going. The middle aged friend who suggested it will be secretly relieved too.

As a teen did you pile into friends’ cars for late-night, spliff-fuelled, spur-of-the-moment trips to the beach or up a mountain? Recreate this in middle age by deciding to go to Sainsbury’s at 10.45pm and buying a flavour of yoghurt you haven’t had before.

You could always get drugs without too much hassle, but your social circle has shrunk. Asking local teenagers to get you weed is dodgy, as is befriending a serious dealer when you discover he keeps A F**KING MACHETE IN HIS CAR. Instead just reminisce about drugs and enjoy the buzz of sounding cool without chemically induced paranoia, palpitations, talking bollocks, etc.

You used to be mad keen on sexual intercourse. You’re still fairly into it but it’s competing with being comfy on the sofa and eating chocolate biscuits. Keep your relationship exciting by buying a new sofa regularly and always having plenty of posh chocolate biscuits.

You’ve forgotten how to, so avoid spaces where a stray football may come your way, such as parks, schools and streets with children in. This will severely limit your personal freedom and feel like you’ve been given an ASBO, but it’s worth it to avoid mishitting the ball like a wanker.

Five f**king obvious things I never could have predicted, by Dido Harding 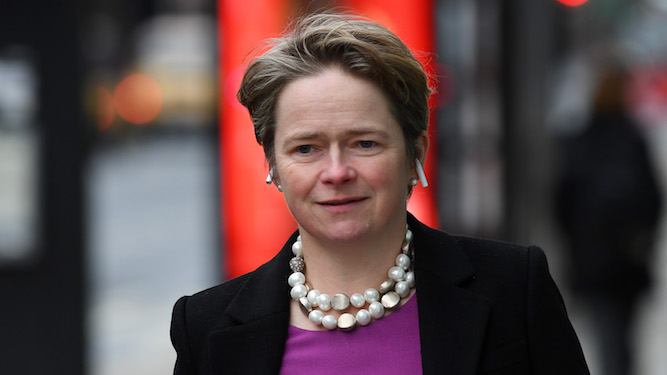 NO one was able to predict that the Covid virus would mutate, apart from epidemiologists and primary school children. Here are some other blatantly obvious things I cannot predict.

The sun will rise in the morning

I go to bed every night petrified that the fiery sky ball has gone forever and I will have to live in perpetual darkness, whilst my husband weirdly never seems bothered. Who knows if the sun will rise again? It’s an ongoing mystery.

Christmas will be on December 25th

I find Christmas impossible to plan for because I never know what date it’s going to be on. It’s a real stab in the dark knowing if I’ve made the turkey dinner on the right day or whether I’m going to be forcing my family to stuff it down on a blazing hot day in July. If only someone could come up with a better system.

Every time I try to put a glass of wine down in thin air, it falls to the floor and smashes. How weird is that? It would be much better if it floated, so I’m going to keep trying until it does.

The first time I watched James Cameron’s Titanic I was gobsmacked when that big, safe ship sank. Couldn’t believe it succumbed to an iceberg and lots of people died. I’ve watched it several times since and I’m still surprised every time.

I am always shit at my job

Despite having a terrible track record at doing jobs, for example like the time I presided over a massive cyber attack on Talk Talk, I still think I’m a competent and useful person. And look, I’ve f**ked things up again. Who saw that coming?