Comfort food: how good is it at dealing with actual problems?

WE’RE constantly being told how great comfort food is, especially during lockdown. But how does it fare against actual problems? Writer Ryan Whittaker kept a diary:

The toilet’s broken. Called a plumber but it’s £150 I can ill afford and he won’t be here until 6pm. Stressed. Turned to comfort food and made myself a creamy mushroom pasta bake. Toilet still broken and I’m dangerously close to emptying the bomb bay.

Really depressed today about being single for three years. I just want to be loved like any other person. That’s not too much to ask. So I made a massive bowl of buttery mashed potatoes, filmed myself eating them while crying about how lonely I am, and tweeted it. Still single. Bit fatter.

My substantial gambling debts saw debt collectors come round. They were extremely threatening and kicked me in the testicles, so I made a luxurious Nigel Slater lamb hotpot. They took my laptop and said they’ll be back next week to break my fingers.

Lockdown really getting to me. Feel like I’m going slowly insane. All personal hygiene abandoned. I thought BBC Good Food’s fish-and-chips pie would resolve the situation, but when I finished it lockdown was still on and there’s a painful fungal growth in my armpit.

My house caught fire and I’m not insured. Luckily I had a recipe for one-pot sausage casserole, so I popped it in the oven as the flames took hold. I assumed this would sort everything out, but when I got to the emergency homeless shelter I discovered the sausages were still raw in the middle.

Despite my recent experiences, I have total faith in comfort food. Today I got hit by a bus, causing 16 serious fractures, but I’ve got a tray of chocolate brownies on the go so no worries.

A gammon's guide to poetry 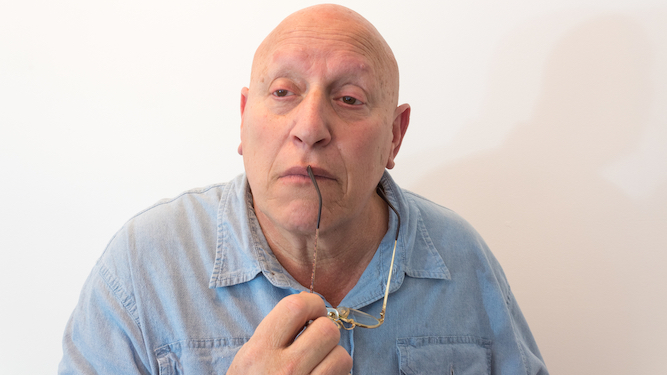 AS A Wetherspoons daytimer and West Ham fan, you can trust me when I tell you poetry isn’t just for girls and Scots anymore. But before you write your Ode to Brexit, there’s a few things you should know:

They should always rhyme

A poem isn’t a poem unless it rhymes. Ideally the first line with the second line, third with the fourth and so on, but if you can get every line to rhyme you’re really proving your skill. For example ‘shepherd’s pie’, could rhyme with ‘days gone by’ or ‘my granddad shot a Kraut in the eye’.

The best poems are about war and England

Women like poems about love, but they’re boring. The best ones are about universal subjects like the glory of dying in a war and how f**king great England is. The leftie BBC always has Wilfred Owen, who wasn’t even hard enough to survive the war, at Remembrance Day so I recite my own about happy trench life and the nobility of firing squads for deserters.

‘If’ is a great poem about not being a snowflake

Before Rudyard Kipling went off the rails by writing about foreigners in jungles, he came up with a cracking ditty about not being a smoothie-guzzling millennial. The basic premise is that ‘if’ you stop being a bleeding heart communist you might do our country proud. I’ve forwarded it to my unemployed nephew but haven’t had a reply yet.

Mainstream media won’t talk about it, but some of the great bards of our time are on social media, sharing their work in groups like ‘Remembering England as it used to be’ and ‘Rotherham High School 1967-68’. My mate Neil wrote one comparing migrants on dinghies to Nazi U-boats, but the local newspaper wouldn’t publish it because they hate free speech.

Address your heroes by name

The best poems are ones that could be recited directly to their subject. Add a line to your sonnet about taking Nigel out for a pint of bitter, or how you’d love to cook Boris a roast dinner with extra Yorkshire puds. I’m banned from sending my tribute poems to Priti Patel, presumably because they would have had to start paying me, but I’m confident there’s a Poet Laureate position coming my way.