'Sound of the summer' is bastard neighbour's hedge trimmer

BRITAIN’S neighbours intend to trim their hedges relentlessly until Autumn, they have announced.

Annoying neighbours say the only sound people will be hearing for the entire summer is the loud grinding of trimmer blades as they obsessively hack away at hedges and shrubs.

Neighbour Roy Hobbs said: “I’ll be going at it like a madman all day, every day, all summer. You’d think I’d run out of things to trim, but I fucking won’t.

“The ‘sound of the summer’ won’t be some catchy, mellow pop hit, it’s going to be the shriek of my trimmer cutting through the peaceful summer air every time you want to sit in the garden and chill out.”

Homeowner Norman Steele said: “I’ve just invested in a particularly powerful Bosch. This bad boy will drown out every radio for 300 yards and you’ll have to close your windows even if it’s sweltering.

“Rest assured I’ll be doing weird things like starting at 7am on Saturdays for some reason. If I run out of hedges I’ll start on the flowers and trees. Then the dog’s getting a haircut.

“I’m not even sure why I’m doing it. I suppose it must just be the enormous sexual thrill.” 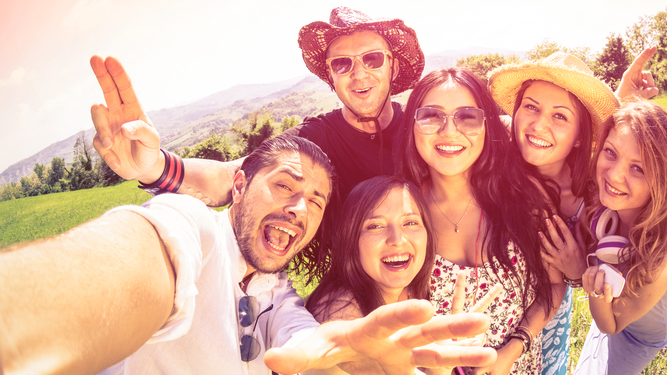 FACEBOOK’S ‘on this day’ feature exists solely to remind you that you used to be an embarrassing arse, it has been confirmed.

Although appearing to be a charming reminder of years gone by, the feature actually leaves users mortified about awful fashion choices and posts full of toe-curling emotional ‘oversharing’.

Facebook user Emma Bradford said: “I’ve had Facebook since my teens, so most of my ‘memories’ are snaps of me with weird highlights and an embarrassing loose tie.

“I’m not only dressed like a wanker but in most of the pictures I seem to be all over horrible, pimply, dickhead boys. Still, at least it distracts attention from my fucking awful poetry.”

Fellow user Tom Booker agreed: “I’ll always wonder how many of my now-adult friends have seen I spent a full month posting 15 times a day about Rage Against the Machine becoming Christmas number one.

“That and trying to look hard while smoking a badly-rolled spliff. I feel a bit sick just thinking about it.”