I made £600 million from racist jokes in the 80s, says Lord Sugar

ALAN Sugar has defended an offensive tweet by saying nobody minded when he built a business empire selling racist jokes in the 1980s.

The Apprentice star, criticised for tweeting an amusing observation about black people looking similar, said he made a fortune buying up racist jokes cheaply and selling them on at a profit.

Sir Alan said: “Racist jokes may seem outdated now but people couldn’t get enough of them back then. Everyone wanted one.

“I’d buy van-loads of them from comedians in Northern working men’s clubs then ship them down to London and flog them to the City boys at three times the price. I was making 80 grand a week.

“I remember Jim Davidson used to come round and say, ‘What have you got in the van for me this week, Alan? Any ‘Chalkies’?’

“When the old verbal jokes got a bit outdated in the 1990s I was still coining it in thanks to racist jokes by email. Your parents probably bought one. They’d show it off when they had friends round.”

Wayne Hayes of Guildford said: “My dad had a racist joke. We had a lot of fun with it in the 80s but it stopped working when people became less bigoted bastards.” 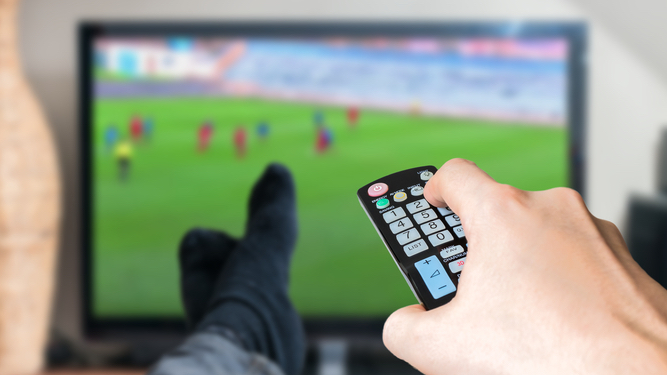 ARE you totally uninterested in football but face weeks of men kicking a little a ball around and analysing it? Read our handy tips for making it less tedious.

Take a fuckload of drugs

The ideal World Cup drug is probably LSD. Even the dullest Iceland vs. Saudi Arabia clash won’t be boring if the TV remote grows a face and starts whispering to you.

Note: If you’re watching in the pub, it’s probably not a good idea to be so high you’re laughing hysterically as England inevitably gets knocked out in the quarter finals.

Make your own game of World Cup buzzword bingo

Make your own bingo card of grimly overused football phrases. Here are some to get you started:

● “Germany showing all the Teutonic efficiency that brought us the excellent Braun Oral B electric toothbrush.”

● “They’ll be dancing like wankers in the streets of [capital city] tonight.”

● “Write them off at your peril!” (Just before the struggling team concedes 15 goals and the captain shoots himself.)

Offer absurdly fuckwitted analysis of what’s happening on the pitch, eg. “Six-nil is a mountain to climb for Morocco, especially with four minutes to go, but they said the Titanic wouldn’t float.”

You may be surprised what you can get away with, and quite possibly be regarded as a ‘football intellectual’.

Pretend to watch the football while actually watching something else on a pair of smart glasses. Hey presto! Spain vs. Iran or Chris Waddle’s interminable moaning about FIFA becomes something life-enriching like Toy Story 3.

To really be gripped increase the sums from merely irresponsible to financially insane, eg. remortgage your house and put £80,000 on England vs. Brazil. You’ll be the keenest England supporter in the country!