The barefaced lies it's perfectly fine to tell your friends

HAVING friends can be a pain in the arse. Here are some porkies it’s entirely acceptable to tell them to get them off your back.

‘I’d love to come to your gig’

You’ve no intention of traipsing out in the cold to watch your mate self-indulgently play guitar, and will come up with some lame excuse on the night. Just make sure they never find out you were drinking in a pub four doors away with all their other friends who did the same thing because, weirdly, they’re not into incredibly shit bands.

‘This meal is delicious’

You’ve run out of dinner party invite excuses and now you’ve got to lie through your teeth about their badly-seasoned, undercooked cuisine. The cruel irony is that they’ll be even keener to ask you round again. Sadly, a no-win situation, so chow down on that bland attempt at ‘curry’.

‘You look stunning in that dress’

Apart from the fact that the figure-hugging lines make her arse look massive – or one of many other problems. However, no one in their right mind will tell their friend that, because you then run the risk of them delivering a few home truths about your appearance. It’s an accepted ‘clothing code of silence’ between friends.

The only way to deal with that friend everyone has who’s always on the beg for cash. Claim you’ve inexplicably not been paid yet, or your car’s fallen apart. It’s bollocks but the tedium of listening to your fictitious financial woes should stop them pestering you.

Everyone dreads getting collared in the street by that one boring friend who wants a long conversation about their new flat or the deteriorating health of their f**king cat. Claim you’re late for the dentist’s or something. Add to the authenticity by pulling a stressed-looking face and breaking into a silly half-jog as you leave.

Jesus was white, and four other batshit things your nan believes 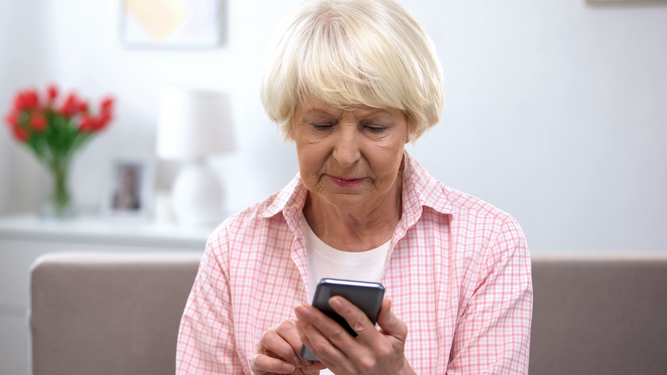 VISITING the elderly is an odd and dislocating experience. Here are some of the weird beliefs you may have to contend with when visiting Nan:

Your nan will say she loves music, and might even boast an extensive record collection. However, anything recorded after The Carpenters was created to make young people do drugs, reject authority and do ‘gender bending’. Don’t get her started on rap music.

Despite him being born in the Middle East your nan will refuse to accept that Jesus wasn’t paler than Mick Hucknall. If you question this she’ll just point to a nearby print of a very pale bearded man and say ‘Well how do you explain that?’ as if it were photographic proof.

Things were better in the past

Despite living standards being significantly lower by almost every possible metric, be prepared to hear that the 1950s were some halcyon time to grow up. If you ignore: rationing, smog, slums and being vaporised by a Russian atom bomb.

If you mention to your nan that you’re feeling under the weather, she’ll immediately start spouting some medieval-sounding medical advice. You’ll leave her house with instructions to bin your paracetamol and simply drink a horrific cocktail of boiled dandelions, vinegar and cod liver oil.

Anything to do with babies

Pray that the subject of child-rearing never comes up. If it does, be prepared for a lecture on how to properly raise children that sounds like something from the Old Testament, full of phrases such as ‘iron discipline’ and ‘strict boundaries’. Suddenly all of your mum’s neuroses will make sense.