What did you come upstairs for? Let's work it out

WE’VE all had a lot on lately, but when you find yourself upstairs and can’t remember why go through this handy checklist:

To use the printer

You successfully managed to get out of visiting your sister for her kids’ birthdays, but that means posting presents. And no way you’re queuing up at a Post Office so that means printing labels, which means using the printer, which means getting a printer unused for months running again. Shit.

To make a phone call

Incensed by what Steve in Kent said about Partygate being irrelevant bollocks and need a quiet place to call in your apoplectic response? Or HR’s suddenly scheduled a non-routine call and you’re slightly nervous? Head to the spare room, where it won’t go well.

To go to bed

It probably wasn’t what you came up for, which was some awful chore, but the bed’s right there, inviting and without judgment. If everyone’s saying homeworkers lie about all day why try so hard to prove them wrong? Nobody will notice a quick power-nap surely?

To see what the neighbours are up to

The noisy bastards are out in the garden again, even though it’s a weekday. And they’re not alone. It’s simply good practice to check out what they’re up to discreetly, standing hidden by the curtains, for 15 minutes or so. And then to fill in the local WhatsApp group in on the latest developments.

To find your car keys

Three o’clock and time for your regular game of ‘where the f**k did I put the f**king car keys’? And you’ve checked everywhere downstairs so even though you know they’re not upstairs you’re checking there? The bastards?

To attend to bodily functions

Forgotten to clean your teeth again, or are you touching cloth and urgently need a shit? Hang on a minute. You were watching TV a moment ago. What was on? Countdown. Rachel Riley. That’s it! You came upstairs for a wank.

Why the foreign holiday you've booked will suck balls: the reasons you'd forgotten 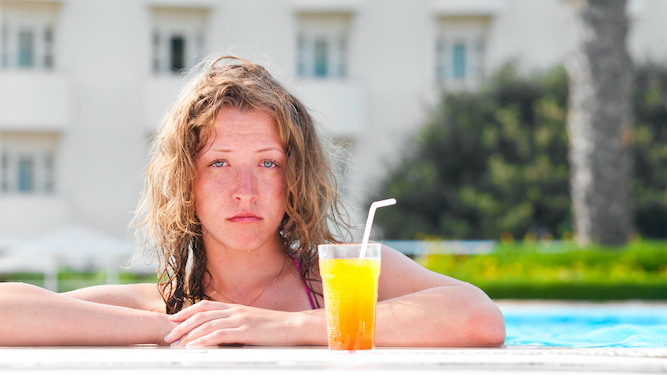 NOT been abroad since 2019? Just booked a fortnight? Forgotten what it’s like? This is why you should have gone to Dorset:

The delays. The queues. The stupid rules. The £5 charge for dropping off. The price of a f**king coffee. You’re not even on the plane yet and you’ve wasted half a day and spent a pissing fortune. All for being crammed into a seat for three hours while a baby howls.

You’ve stopped thinking of Britain as ‘that wonderful place without little buzzy bastards everywhere’, but you’ll remember. No matter how much foul-smelling insect repellent you apply, they’ll find a way through. The bites will itch unbearably and once you’ve scratched off the top, you’ll discover the agony of immersing them in seawater.

Your memories of Greece neglected to include putting shitty toilet roll in a bin, hating it, convincing yourself the waste pipes can handle your post-dolmades dump along with a bit of bog roll, flushing and flooding the bathroom with sodden paper and excrement.

Every British holidaymaker is caught in a cycle; return from beach boiling, whack air-con on, pass out, wake up freezing, go out and get pissed, come home hot, whack air-con on, wake up hungover and in the initial stages of hypothermia at 3am. Shiver under a sheet until 6am. Begin day exhausted. Repeat.

You thought you were so clever booking outside of the school holidays, but failed to factor in the bastards with children under five. The peaceful, dreamy days lying by the pool of your imagination will be shattered by yelling, splashing and exhausted tantrums. You will not get past p100 of your Jack Reacher.

Holidaying abroad is your one chance to step back from the rat race and get back to life’s simple pleasures, such as scrolling your mobile for 15 hours a day. But Brexit means you’ve no data and the hotel wifi’s buffering to buggery. You’ve no idea what the football score is and you’ve missed crucial Twitter drama. Bridlington would have been better.