I wouldn't vote for me, by Boris Johnson

REMEMBER that bloke who became Tory leader in 2019? He was great. I’d vote for him, and millions of you did. Would I vote for what I’ve become? Not likely.

That guy was amazing. Bouncy and excited as a new puppy, full of all these brilliant promises, offhandedly dismissing the doomsters and gloomsters. There was no way he could fail.

And despite the fact that he did, repeatedly, almost immediately, setting Brexit deadlines and missing them, proroguing Parliament then having to bring it back, firing loads of MPs, he sold it like a wild success and won an election.

What a dude. He did Brexit, he went on holiday, he got his girlfriend pregnant to celebrate. There wasn’t anything that could bring him down.

Well. Let’s be fair, he was unfortunate. A pandemic, lockdowns, losing his pals Cummings and Trump, and then, same as always happens, he started getting caught in lies. A lot of lies. Basically anything that was a brilliant promise was a lie.

Brexit done? Yes and it’s shit. Pandemic over? Apart from all the dying. Britain on the up and up? Only inflation.

And that bouncy puppy? Now a surly, hangdog old hound, grouching around, quick to snarl at children. Look at him. Caught and found out like he’s been in every job and every marriage. Waiting for it to be over.

So please, on Thursday, do what I would do. Make your X anywhere but Conservative. Do it for Boris.

A Victorian workhouse, and all the other crappy school trips you went on 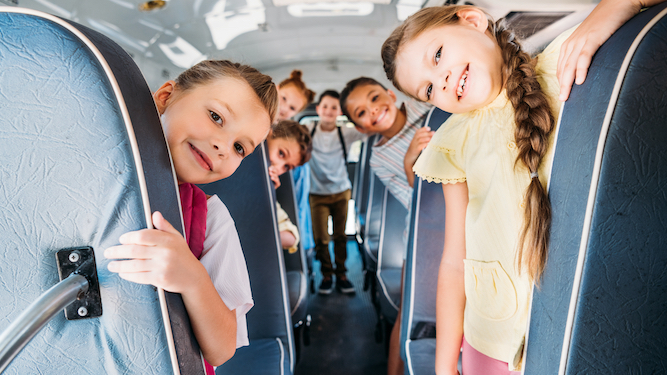 ONCE a term your teachers fancied an easy day so hired a coach and took the class somewhere local and cheap. Like these:

The ultimate failure of imagination, especially for 1970s kids whose school buildings already dated from 1892. Dress in Victorian clothes and write on a slate while an actor pretends to be an absurdly strict teacher. Later on, dress as chimney sweeps and milkmaids and envy their freedom from education.

Bethan from Year 8’s dad owns a factory making gaskets for buses. It’s a nightmare on the health and safety front, letting kids run riot among all the hydraulic presses, but provided a good insight into back-breaking manual labour and everyone got a free gasket.

Ideal for when budgets were low and the RE teacher needed to be thrown a bone. The crushing boredom of brass plaques, stone pillars and statues of hitherto-unknown saints was compounded by cold, old people and not being allowed to speak above a whisper. And you’re not allowed in the tower but Stelly went up and threw his tie on the roof.

Nicely-mowed lawns with a few stones poking up out of them. Could be Norman stones, could be Roman, 11-year-old you didn’t care. If you were lucky, the sun was shining and your mum packed you a Kit Kat. Unlucky? It was pissing down and you had a cheese sandwich and a tangerine and a leaking anorak.

Rooting around in undergrowth with magnifying glasses. Worst when you were given a square metre of ground to record everything in it. The teachers didn’t specify living things, so you came back having recorded dandelions, daisies, fag ends, used condoms, nitrous oxide whippets and pages from the July 1991 issue of Mayfair.

The shitty coach makes it ten miles away from school before smoke pours out of the engine. The class spends the day in a motorway services high on shoplifted pick-and-mix waiting for repairs, watching Jason whose mum gave him a tenner blow the lot on Street Fighter II. Eventually Bethan’s dad arrives with a new gasket and everyone goes home.