A WOMAN who bought a bread-maker is excited to use it three times before going back to buying bread.

Nikki Hollis bought the appliance with the intention of making two loaves of healthy, low salt organic, ‘farmhouse-style’ white bread and one with olives or something.

She said: “I’ve always wanted to experience the satisfaction of spending half a day making something that I will only be able to eat half of before it goes off.

“If I make three it works out to just £42 per loaf, and the best bit is I will have to do all the hard work. For a few days it really will feel so much better than buying bread.”

According to Hollis, the minimal use and significant expense is complemented by the utter impracticality of owning the appliance.

She added: “I bet it’s a real bitch to clean as well. It’s all just so fabulous!” 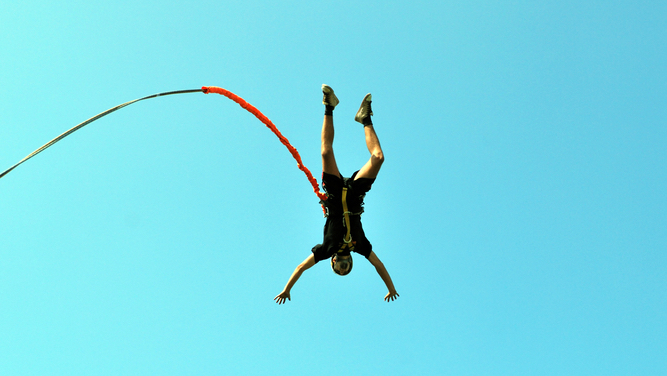 A MAN who claims to be hooked on exciting activities is really just addicted to telling people about them.

Despite claiming to be addicted to the thrill of extreme sports, Nathan Muir’s real excitement comes from standing in the centre of a group of people in a bar or at party and going on and on and on about it.

Muir said: “I absolutely love the buzz of stuff like skydiving. Just talking about it, I can feel it again right now – but somehow stronger. Have you ever done it? Actually, it doesn’t matter.

Muir’s friend Tom Booker said: “Nathan loves extreme stuff, like being extremely irritating on social media. If I have to see another shaky GoPro video I’m going to tell everyone how he shat his pants at Alton Towers in Year 10.”