Woman wearing shitloads of perfume making everyone else wear it too

A WOMAN who liberally douses herself in awful perfume is leaving an invasive trail of scent on everyone she touches, it has emerged.

Francesca Johnson, 42, has chosen Givenchy Organza Indecence as her signature scent but reeks so strongly of it that her path across a room can be followed several hours later.

Colleague Donna Sheridan said: “It’s wrapped around her like an evil aura. If I talk to her any longer than a minute my eyes start watering.

“And she’s one of those dreadful people who insists on hugging you for the most insignificant of reasons, letting her sickly stench pervade your clothes and follow you for hours.

“It’s like being followed around by a particularly potent fart, but one that smells of ylang ylang and lemon curd. It was all I could taste on my Subway this lunchtime.

“Wherever I go in the building, I know if she’s been there and how long ago. This must be how it is for dogs.”

Sheridan added: “Perfume is weird. What kind of nutter pays ninety quid to spray whale sick and cat anus on their neck?” 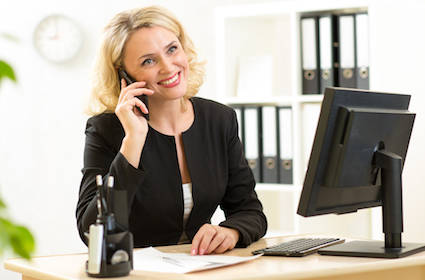 YOU’RE working a white-collar office job so you’re middle class, but are you the most middle-class person in your office?

Here’s how to come top at being middle:

Run a library of fruit teas – Builders drink ordinary tea. Try-hards keep a box of Earl Grey on the desk. But keeping a selection of fruit teas which you push on everyone, all of which smell quite nice but taste exactly the same, really affirms your commitment to a certain narrow superiority.

Affect not to know what car you drive – Announcement that a black Skoda in the car park needs to be moved? Look panicked and say, “Is that mine? I don’t know anything about cars,” until Martin in procurement wearily reminds you, again, that you drive a massive Volvo SUV.

Take absences to attend your children’s concerts – Whether it’s arriving late, disappearing early or vanishing for half the day, make sure to explain it’s to attend one of your children’s piano, viola, or bassoon performances. “I don’t know where he/she gets it from!” implies that it’s you.

Mention your wet room – Someone having work done on their house? That’s the perfect opportunity to once again recount the saga of the leak in your wet room, with the emphasis on wet room. Any chance to drop in the underfloor heating shouldn’t be missed.

Keep shoes under your desk – Nothing says ‘not rich, but comfortable’ like six to eight pairs of shoes permanently under the desk, like a tiny dark branch of Office. Change them for meetings as if it matters.

Drop frequent hints that your marriage is sexless – Aggressive flirtation with younger staff members, occasional toilet weeping or over-zealous attention to who’s driving who to the AGM will let everyone know your gilded marriage contains no expressions of physical love whatsoever. Because ultimately, sex is common.