'I caused Brexit to further my career,' admits Laura Kuenssberg

BBC political editor Laura Kuenssberg has admitted she is the Machiavellian puppet master behind Brexit, which she triggered to boost her career.

Kuenssberg revealed that the prolonged and confusing withdrawal of the United Kingdom from the European Union seemed like the easiest way to secure herself a pay rise and loads of juicy overtime.

She continued: “It’s the worst-kept secret in the industry that the quickest way to climb the career ladder is to undermine the foundations of Western democracy.

“All I had to do was play the parties off against each other, keep Nigel Farage from retiring, and invent the occasional new clause to spice the story up. All without blowing my cover or tooting my own horn over my genius masterplan.

“It looked like it was all over last weekend, but I left a draft amendment on Letwin’s desk and nudged Boris to get everything over with in a hurry. A desperate roll of the dice on my part but it paid off.”

She added: “Whoever’s behind this Extinction Rebellion stuff is playing a good game, and whichever US hack’s got Trump’s impeachment going is serious competition I’ll have to deal with sooner or later.

The BBC vox pop moron's guide to the general election 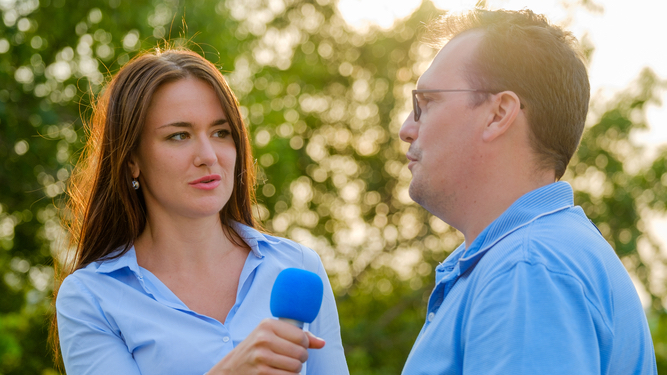 ARE you the sort of person the BBC interviews in shopping precincts during the day for your banal opinions? Here moron Norman Steele gives his advice on voting in a December election.

Base your vote on ‘common sense’

Not the sort of common sense that says ‘I should stop buying lottery tickets because I’ve won nowt in 20 years’. No, the sort that says, ‘Nobody can tell what will happen in the future, so let’s give Brexit a whirl!’

Vote for some totally irrelevant reason

Was a policeman once a bit rude to you? Do you find Eddie Izzard unsettling? Have local roadworks complicated your journey to Asda? Have a good fume about these and vote for whoever you wrongly imagine will do something about them.

Do not read or watch anything vaguely intelligent

The Daily Express and your local newspaper are the only information sources you need for a general election. If someone suggests something more balanced, just say “They’re all biased!” and get back to reading dubious Facebook posts claiming Jeremy Corbyn was in the IRA.

Use your superficial prejudices

Is Jo Swinson a bit young to be prime minister? Do you not like Keir Starmer’s hair? These are sound and valid reasons on which to base your vote.

You should firmly believe that all politicians are liars and crooks, a view many people will sympathise with. However when it comes to voting, completely forget this and vote for an obvious chancer like Boris or Farage because, as is well-known, ‘Britain’s full’.