THE bodiless demon the earthly plane knows as ‘Nigel Farage’ has proclaimed that GB News will be a fine vessel for him until he burns it out.

Moloch, who humanity calls Farage and was sent from the inferno to prey on human weakness and set brother against brother until Britain is ruled by his Satanic master, believes the newly leaderless GB News can sustain his evil for at least a decade.

He said: “A whole national TV channel, just for the antics of me and my minions? Mr Neil, you are too kind.

“I’ve been without a suitable vessel since UKIP collapsed into a heap of damned souls a few years ago. The Brexit Party was nothing but a shambling corpse, reanimated by hate. The Reform Party was if anything worse.

“But this GB News, beaming my message of discord and opposition straight into homes? Perfect. I never cared about getting elected anyway. I only wanted to corrupt those who did.

“Bad luck, Andrew. You weren’t the first to be conned into facilitating the rise of right-wing fascism. You won’t be the last.

Teenagers' vaccine decisions based entirely on pissing off parents 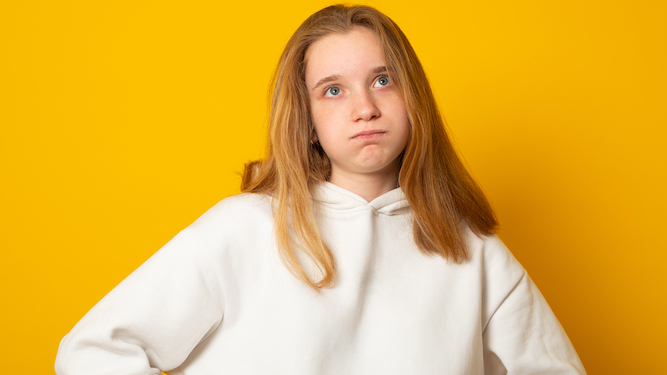 CHILDREN aged 12-15 are deciding whether to get vaccinated entirely on how much it will piss off their parents, they have confirmed.

The adolescent demographic have the right to choose vaccination, and will definitely do so if Dad is an anti-vaxxer or will adamantly refuse to do so if Mum is ever so worried because they have a weak chest.

Grace Wood-Morris, aged 15, said: “At the end of the day the decision’s about me. And what’s more important to me than anything is driving my parents apeshit.

“The needle’s no problem – I’ve told mum when I’m 16 I’m getting an Avenged Sevenfold backpiece with my child trust fund – but I need to do the research. Pfizer, Moderna or AstraZeneca; which are they most against?”

Oliver O’Connor agreed: “My dad’s watching YouTube videos about the plandemic day and night, so I really don’t have any choice. I have to get jabbed to disrupt his peace of mind.

“It’s a shame my mum vaguely approves. But ultimately, it’s for the greater good.”