Murdoch tears hole in the fabric of honesty 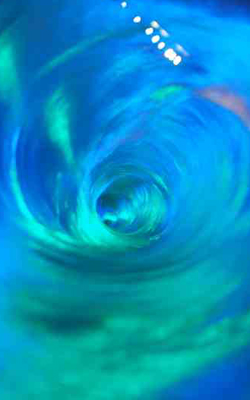 JAMES Murdoch has caused the very nature of veracity to collapse in on itself after giving evidence to MPs.

Facts are now pouring into a swirling ‘bullshit hole’ located under Murdoch’s seat in Westminster, only to be fired back out at the speed of bollocks as greasily-manipulated half-truths.

Security guards have surrounded the vortex, erecting a stabilising barrier of accurate, pedestrian information in the form of Haynes car maintenance manuals and copies of the Wisden cricketing almanac.

Professor Henry Brubaker of the Institute For Studies said: “To give you some idea of the bullshit hole’s devastating power, I threw in a copy of the report into the Columbine massacre and it spat out a Glee DVD.

“When I shouted ‘Good god, did you see that?’ a voice from the hole replied, ‘See what? I didn’t do anything’. ”

“It is an enormous anomaly, measuring over 6.8 on the ‘Chinny-Reckon’ scale.”

Enquiry organisers must now decide whether to allow Murdoch to give further evidence and risk the entire building becoming engulfed, or to continue proceedings in a lead-lined box suspended over the middle of the Atlantic.

Brubaker said: “Environmentalists have groused about marine life becoming contaminated with bollocks but, unlike humans, a blue whale would never tell a pod of dolphins that it has no knowledge about the recent disappearance of three tons of krill.”

He added: “We think that the only way to completely close the bullshit hole is to fire something even more mendacious at it. We’re hoping that Heather Mills will make the ultimate sacrifice.

“It’s either that or encase the hole in an ill-fitting suit and try to find it a safe seat in Buckinghamshire.”

Autumn colours spectacular and all that shit 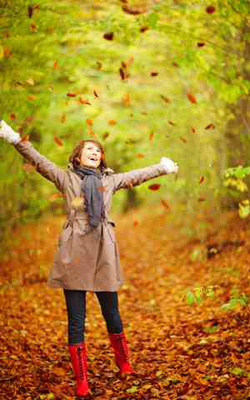 THIS year’s autumn leaves are looking amazing if that’s the kind of thing you’re into.

Big trees like oaks, as well as other smaller trees whose names you do not know, have seen their leaves change colour from green to an orangey-brown that are probably like the dawn or something, if you are prone to whimsy.

Professor Henry Brubaker of the Institute for Studies said: “Definitely the leaves are looking pretty great, at least to the leaf enthusiast.

“Personally I couldn’t give a fuck.

“But that’s just me. I don’t want to piss on anyone’s chips.

“If you are the sort of person who likes to take a million digital photos, fiddle with them in Photoshop then send them to your local BBC in the hope one might end up as a backdrop to the weather bulletin, you are good to go.”

He added: “The biggish leaves that look like hands are especially good this year, apparently they’re ‘vibrant’ or something.

“Go and have a look, if you want. Get some conkers while you’re at it.”

Amateur poet Nikki Hollis said: “I love all that leaf shit, I fucking go nuts for it.”