Often in our office lives we convince ourselves we’re too scared to do the things we really should. Whether it’s asking for that promotion, telling your boss you just can’t handle any more work or giving Linda on reception a picture of ourselves in swimwear, we just bottle out.

A while ago I was lucky enough to be introduced to a guru in eastern Wiltshire who put me on to the concept of creating an alter ego who is capable of doing the things we’re too afraid to do ourselves. Geoff the guru, who is also an excellent plumber, explained that many celebrities use alter egos to separate their public lives from their lives at home. Cammy, for example, is actually a shy retiring man who could never make the tough decisions needed to protect the wealthy elite that his alter ego David Cameron can.

At the time of our meeting I was on a second audition for Dragon’s Den. Although I wasn’t technically a millionaire (a lot of my assets were tied up in a novelty sweet that was yet to come onto the market) I explained to the producers that I was more attractive than Debra Meaden and could easily have taken Theo Pathitis in a fight and they agreed. Aside from a nervous twitch that developed on camera and calling Duncan Bannatyne a dog’s lipstick in my initial screen test the producers knew I had that star quality and called me back for a second test.

I was up for weeks with nerves before the screen test. In the first one, although it went well, Peter Jones gave me a look that seemed to cut right into my soul and mouthed the words ‘you’re an idiot’. I couldn’t get past it, my confidence was at an all time low. I phoned Geoff the guru for help and he reminded me of the alter ego technique. That night Theone Davis was born. Theone, which also stands for The One, was my alter ego. Theone wouldn’t be intimidated by Peter Jones, Theone wouldn’t just laugh uncontrollably at contestants for the way they looked like Dr Morris.

As it transpired the producers got very confused by the name change. Theone also got really intimidated by Peter Jones as I had made the mistake of not making Theone my alter ego different enough from my actual ego. I made Theone a fierce vegetarian and what I should have made him was better at business and stronger in the upper torso.

I still think the show is poorer for not having Dr Morris O’Connor or Theone involved. Learn from my mistake and start creating your alter ego now.

Dr Morris O’Connor is the best selling author of How Dragons Den Could Have Been Way Better Than It Is. 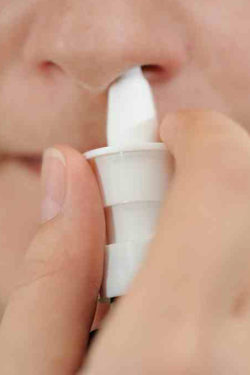 CHARITY phenomenon Nosevember has launched, with thousands of men grooming their nostril hairs in funny and eccentric ways. Sales manager Tom Logan said: “Everyone at work is really getting into the spirit, letting their snout-beards grow wild. Even some of the girls are on board.

“I’ve waxed my ‘no’ in a special way that gives each nostril its own centre parting.

“It’s an old-fashioned style called Kentucky Derby. I secretly think it makes me look like Clark Gable and I don’t think I’ll ever shave it off.”

Other popular nasal hair styles include ‘great white’, ‘Sancho Panza’ and ‘memories of Wanda’ which is more commonly known as ‘sneezy rider’.

A This Morning insider said: “Although age is on his side, Phillip is not a naturally hairy guy so his nasal growth is relatively sparse. He’s augmenting it with volumising sprays.

“Certainly he’s not going to cheat by sellotaping pubes up his nose, like Will Young has.”