Tevez turns over a new suspension

CARLOS Tevez has vowed to get back to being an utter tool for his club, it emerged last night.

As the deer-scaring striker missed turning up for training by approximately 7,000 miles, his handler has promised fans that he will soon be back to his not-doing-anything best.

Troll wrangler Roy Hobbs said: “I slung a couple of piglets into his pen an hour ago, so he’ll be sleeping now, but I’d say he’s at 90% ‘saying how much I miss home’ fitness and will be banging in the pathetic self-justifications in no time.

“With basket cases like Mario Balotelli in the team he knows he’s no longer an automatic first choice for being screamed at, but he’s shown that he can completely fail to do what’s asked of him at the highest level.”

Tevez claimed he got on a bus marked ‘Carrington’ that turned out to be a shuttle service for Manchester airport and before he knew it he was 30,000 feet over the Atlantic having a shiatsu massage.

He also claimed he tried several times to contact manager Roberto Mancini to explain his absence but forgot where he’d put his phone, what a phone looks like or how to say the word ‘phone’ so he could borrow somebody else’s.

The club will now decide what punishment to dish out to the Middle Earth-dweller, with the PFA advising their options range from fining him the equivalent of one week’s worth of Bentley wax or forcing him to not play when he had no intention of doing so anyway.

Hobbs said: “Whatever City decide, he will petulantly claim his human rights are being abused like the true professional he is.” 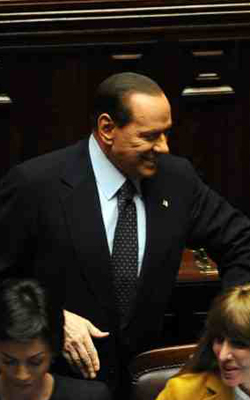 ECONOMIC collapse, nuclear brinksmanship and an asteroid are signs that tomorrow’s end of days is shaping up well, it has been claimed.

With the EU about to be plunged into gibbering chaos because of a wicked, lustful man with counterfeit hair, Israel dusting off the nukes and the YU55 space rock probably doubling back for another go, things could not be looking more biblical.

“I’m quite nervous about tomorrow because it’s my first proper apocalypse, but the early signs are that it’s looking even better than I could’ve hoped.

“There’s still loads to organise – I must admit I’ve skimped slightly on the pestilence – but touch wood it’s going to be a winner.

“Hopefully things should kick off about 10am tomorrow with Berlusconi’s head on a spike and people of all nations shouting at each other. Midday the nuclear things start, then about 4pm I’m going to send in the abominations.

Professor Henry Brubaker of the Institute for Studies said: “I’m fairly sure the Mayans tried to warn us about this.

“Though it would have been more helpful if they’d left a clearly-worded note instead of obscure pictograms, for fuck’s sake.

Office worker Emma Bradford said: “I will be going to work regardless of fiery lakes because I get a real kick out of my customer services role. However I shall be having an extra cupcake at lunchtime.”