Prince Harry To Be Sent To Ascot

ARMY chiefs are reviewing their decision to send Prince Harry to Iraq and are now expected to send the Royal soldier to Ascot instead.

Brigadier Norman MacLean, deputy Chief of the General Staff, said: "This is not about special treatment.

"Lieutenant Windsor can expect his skills to be tested to the full.

"He has spent the last three years spending other people's money in dozens of bars and clubs up and down the Fulham Road before being tipped into the back of an armoured Range Rover. He's ready."

Brigadier MacLean added: "Ascot is a demanding environment. It will be hot and uncomfortable. The morning coat, waistcoat and top hat will be stifling

"Around every corner he will have to decide 'is this a threat or an opportunity?'"

The third in line to the throne has been warned that Ascot will be just the first stage in a grueling tour of duty expected to take in Wimbledon, the Henley Regatta and the British Grand Prix. 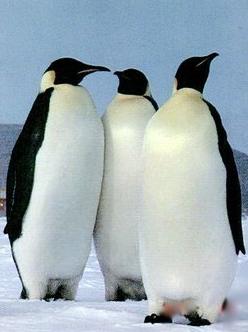 FIRST Minister Jack McConnell is the party leader least trusted to take your 19 year old-sister to the zoo, according to the first Daily Mash readers’ poll.

The Scottish Labour leader secured just 15% of the votes, well behind his political rivals.

“This is a very damaging blow to Labour’s strategy as we enter the last week of the campaign,” said Professor Nathan Muir of Glasgow Clyde University.

“Labour set out to portray McConnell as a safe pair of hands when it came to people’s 19 year-old sisters, whether it was at the zoo, the pictures or walking the West Highland Way.

“They even tested McConnell’s reactions on a visit to the zoo last month and he was absolutely captivated by the penguins. Couldn’t see past them.”

Professor Muir added: “Sheridan scored surprisingly well, but Salmond will be disappointed. He’s a master of the zoo visit. That’s his territory.

“As for Nicol Stephen, this poll shows he is seen as decent, trustworthy, responsible and a boring little tit.”