ALL terrorists operating in Britain will need to be licensed and registered before they can commit their psychotic outrages, the Government announced yesterday.

Home Secretary Dr John Reid said the current system where unknown people went around blowing up themselves and others "willy-nilly" was inefficient and open to abuse.

He said: "Our new licensing scheme will ensure that British people are maimed in a regulated and accountable way by genuine, approved terrorists they can trust."

Dr Reid said the terrorist licence would be granted only to fanatics with unreasonable grudges against the British people, and only after they had filled in a detailed online application.

The registration form will require would-be terrorists to reveal one of their names, a safe house, and a membership number of a Home Office-approved insane terror organisation.

The terrorists will also be asked to complete a consumer questionnaire covering topics such as their favourite brand of pro-biotic yoghurt, their last three holiday destinations and how much they spend per month on balaclavas and rucksacks.

Dr Reid said: "This information will help us to tailor our services to meet the needs of the modern fanatic."

But civil liberties campaigners attacked the register as "grossly intrusive".

Bob Ramp, of the Scottish Liberty Alliance, said: "Having a licence is one thing – no one wants unapproved terrorists running around the place causing a nuisance. But do they really need to know where they get their home-made explosives from? What possible use is that?" 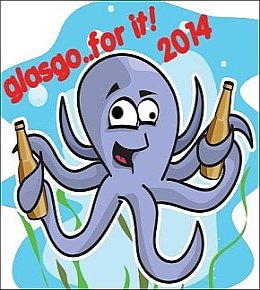 HE encapsulates modern Glasgow and extends a warm Scottish welcome to the world: He’s Mungo the Shit-Faced Octopus.

Organisers unveiled the £1.2 million mascot which will be the best thing about the Commonwealth Games.

A council spokesman said: “Ten years ago we might have gone for a little Scottie dog or maybe even a cheeky wee haggis.

“The fact that we’ve chosen a shit-faced octopus shows just how much Glasgow has embraced the 21st Century.”

Wayne Hayes, of design company Conceptionly, explained the thinking behind the new brand.

“He’s called Mungo, because Mungo is the name of our managing director.

“He’s blue because of Glasgow’s proud maritime tradition. He’s under water because for millions of years the Glasgow area was completely submerged.

Meanwhile, a volunteer in a Mungo costume will appear unannounced at Games venues where he will choose a random member of the public and then urinate on them.

The lucky victim will then be handed two free tickets to the judo.