Supermarkets are to be banned from two-for-one pornography promotions, and all magazines will have to be purchased through special checkouts staffed by intimidating, attractive women.

Any pictures of naked breasts or private areas will have public health minister Shona Robinson’s head superimposed on them and a speech bubble saying: “Eat healthy!”

Ms Robinson said: “We want to make binge-wanking as socially unacceptable as drinking blood or setting fire to children.

All aerobics videos are to be banned apart from health secretary Nicola Sturgeon’s forthcoming Suzi Quatro Workout, which was declared “mind-numbing” after repeated viewings by the lower sixth at Merchiston Castle School in Edinburgh.

According to the Executive’s latest guidelines, adults can have up to three personal hand interactions per week without causing any great harm to their health, apart from a degree of short-sightedness and bad breath.

But medical evidence shows that any self-pleasuring by those under 18 is certain to lead to blindness and ugly disfigurement before the onset of middle age, while binge-wanking will lead to total derangement within months.

Roy Hobbs, A&E consultant at Glasgow’s Victoria Infirmary, said: “If Channel 4 shows another Kylie special we will simply not be able to cope.” 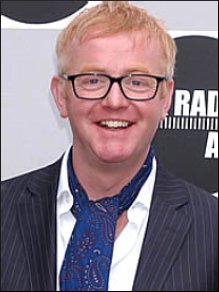 THE first clear link between ginger hair and climate change has been established by scientists at Dundee University.

Project leader Dr Henry Brubaker said: "We looked at photographs of a huge variety of people and asked ourselves, 'which of these is most likely to be the cause of climate change?' and every time we chose a ginger. Every single time."

The UK government is to launch a £20 million campaign to encourage ginger owners to switch them off at the wall rather than leave them on stand-by.

Dr Brubaker said the science linking climate change to gingers was complex but added: "It's mainly to do with the colour of their hair."

President Bush will use the results of the US government-funded study to lobby for a watered down climate change agreement at the G8 in Germany.

A White House spokesman said: "Climate change is not caused by fossil fuels: fact. The challenge now is, how do we deal with the gingers?"

European governments are pushing for higher taxes to reduce the overall size of gingers while the US favours investment in ginger-capture technology.