YOUR bisexual best mate does not fancy you even though they could, you have been surprised to learn.

Your mate, who is open to dating any gender, has nonetheless explained that they are not open to any romantic or sexual involvement with you, which you have taken badly.

“How can she have the audacity? Not that I would because I’m straight and I’ve got a boyfriend, but come on. She might at least try to get off with me.

“It’s causing me to question the whole basis of our friendship. Feeling like she always secretly fancied me made it all worthwhile and now I’m like wait, was I the ugly mate all this time?

“Anyway she’s in a relationship with a man at the moment which for me calls this whole bisexual business into question. And explains this whole weird unconvincing ‘don’t-fancy-you’ thing.”

Sophie Rodriguez said: “No, I don’t fancy Lucy. We’ve been best friends since we were five, it’d be weird. Anyway she’s got a flat nose.” 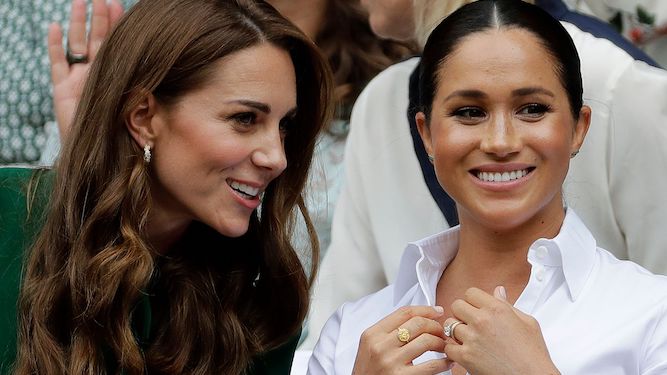 BRITAIN is facing an unprecedented constitutional crisis after a Warwickshire man admitted finding Meghan more attractive than the future Queen.

The entire future of the monarchy is at risk after Nathan Muir said, in earshot of an entire pub, that Kate did not look like much of a goer but her sister-in-law was ‘well fit’.

All official business has been suspended while government and Palace officials meet to attempt to chart a way through the greatest crisis the country has faced since the abdication of Edward VIII.

An insider said: “How? After two years reviling those rotten Sussexes, two years of non-stop front pages about Kate’s dazzling, ageless beauty? How could he have got it so wrong?

“The man in question has been arrested and is under torture right now, but all that’s so far elicited is that he saw her ‘at that Invicious Games and thought ‘I would smash that’.

“If word of this spreads, the monarchy will topple. Meghan is a bitter, exiled old witch. Kate is the fairest of them all and will rightly become Queen. It’s the very basis of British law. Anything else is unthinkable.”

Attempting to clarify, Muir said: “No, but it’s just, like, if you didn’t know you’d definitely go Meghan, right? I mean Harry did, and he’s a war hero.”