Browsing incognito, and other things men know more about than women

THE male species might be a bunch of mansplaining know-it-alls, but there are some things they genuinely know more about than women. Here are just a few…

Women don’t have the advantage of a miniature, multi-directional hose, but their outdoor pissing isn’t in the same league as men’s ability to go anywhere. By the side of a motorway, in a shop doorway or a graveyard, on a cashpoint, right next to the Cenotaph – there’s nowhere these megalads are too embarrassed to urinate. Your move, ladies!

Men are world leaders in not quite finishing any task. Many have an ‘incompletion rate’ women can only dream of. From failed DIY projects and abandoned clear-outs of the garage to falling asleep during films, they get a lot of not getting things done done. However one thing they can always be guaranteed to finish is their pint, which just proves men are deep and enigmatic and full of fascinating contradictions.

The average bloke is truly incredible at parking, in theory anyway. Tight space you need to parallel park in? Tricky reverse into a bay? Just ask literally any passing man. It’s in their DNA to stop on the spot and confidently give you endless advice. When it comes to actual parking, they’re no better at it than women. But humour them, in their mind they’re Lewis Hamilton, if Formula 1 had a strange parking section.

Women can gossip or make smalltalk but male pub chat is a very different beast. It’s basically hours of guff you’ll find impossible to remember five minutes later – a brief abandoned plan to put something on the jukebox, a shallow attempt to identify ‘what’s important in life’, a chat about the barmaid’s love life no one actually cares about. It’s freeform, like jazz. And boring as fuck, also like jazz. 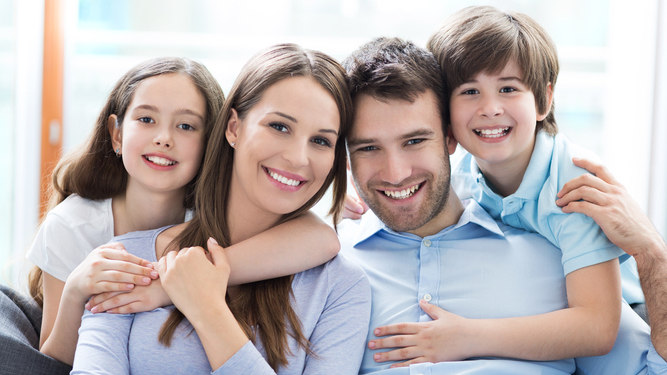 A MIDDLE class family are having lots of fun pretending they will be impacted by the cost-of-living crisis, it has emerged.

The Bishop family can still afford to do the big shop at Waitrose and take three holidays abroad a year, but they are also having a jolly time pretending that skyrocketing prices are a threat to their lifestyle.

Dad Martin Bishop said: “Every morning I make a show of reading the grim economic news in the Guardian while wiping fake sweat off my brow. Meanwhile my wife and kids act looking worried. It’s such an enjoyable roleplay.

“At weekends we swing by a food bank and treat it like an educational day out at a National Trust property. It’s funny because I’m a chartered accountant with a safe job and a frankly amazing pension plan.

“I shouldn’t joke though. There is a very real danger that the rising price of truffle oil could eat into the disposable income I had earmarked for the conservatory extension on our second home.

“And it’s not as if the government will do anything to help us. We’ll be left to fend for ourselves as we try to outdo our neighbours in petty ways, and all because we’re comfortably off.”