LOOKING for a policy that will tear headlines away from your cost-of-living ineptitude for a day? Try spinning the Conservative Distraction Policy Generator! Just follow these instructions…

First, find a group of people who tabloid newspapers despise. Select one of the following at random:

Second, choose at random an issue you’re blaming them for. There does not need to be any pre-existing or logical connection between the two.

Finally, choose a ludicrous, impractical, and vicious action to take. Don’t worry, this will never actually happen, but it will be deranged enough to make the front page of the Express.

Deporting to Rwanda – Banning from social media – Taking their passports – Fines of £10,000 – Unilaterally rewriting the Protocol – Confiscating their cheese – Removing their human rights – Firing them – Putting them on prison ships – Moving them to Stoke-on-Trent – Dressing them in pink and putting them on chain gangs – Firing them in a rocket into the sun – Gary Lineker

So, as a test exercise, choosing 4-8-1 comes up with a policy of punishing [benefit claimants] responsible for [climate change] by [deporting them to Rwanda].

“Bloody right. And not before time. That’ll teach them for carbonating our atmosphere. We never had fizzy drinks in the war. We was happy with Tree Top squash.”

The cost-of-living crisis is now completely forgotten and you can carry on doing nothing about it.

N-Dubz, and other f**king awful things from the 2000s to get weirdly nostalgic about 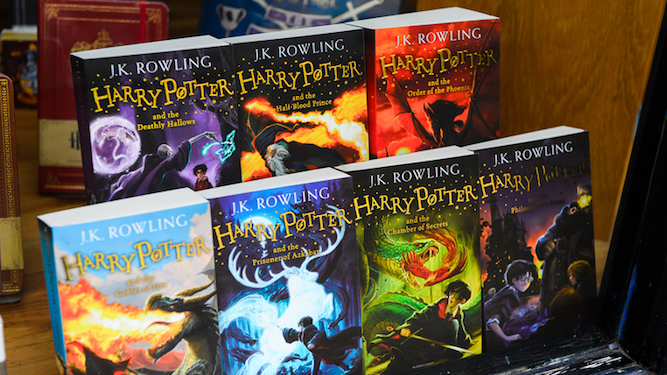 A SURPRISINGLY large number of people are excited to hear that N-Dubz are reforming. What other cultural lowlights are best left in the 2000s?

Tulisa, Dappy and the other one were little more than an annoying novelty the first time round, so why anyone is excited about them reforming is a mystery. Who recalls their hits ‘We Dance On’ and ‘Ouch’? The only thing that sticks in the mind is Dappy’s f**king stupid hats. And his various arrests for assault, in one case with a tennis racquet. That’s gangsta.

In 2000 the idea of being able to watch people go about their lives 24/7 was fascinating. In the age of mass surveillance and live streaming, it’s all we ever do. Plus your memories of Big Brother are likely to include Jade Goody being racist to Shilpa Shetty and Kinga’s regrettable bottle wank. No one wants to remember that. You’d pay to have it wiped from your memory.

Harry Potter and the Goblet of Fire

A full two decades before JK Rowling lost her way on Twitter, she lost her way with her magical wizarding world too. Harry hit his hormonal teenage years, spent the whole book shouting in capitals, and generally became a bit of a dick. If you feel warmly nostalgic about Potter’s adventures, re-reading this one will quickly shake you out of it.

Gillian McKeith is now a Covid conspiracy theorist who was asked by the Advertising Standards Authority to stop using the title ‘doctor’. But back in the mid-2000s she was a nutrition expert who helped people lose weight by showing them how much crap they ate. She also made them poo in a Tupperware box, which really should have been a warning sign.

James Cameron’s first film after Titanic was so massively hyped that it couldn’t have been anything other than a massive smash. However, on rewatching you’ll find that it’s an immensely long and boring load of CGI nonsense with vaguely racist overtones and is best left in the past.