A CAT has told its owner that it wants to be free to see and be fed by other people.

Four-year-old black domestic cat Eleanor Shaw has explained to her owner that it will not change the way she feels, but there are so many other households out there with something to offer.

She continued: “I think it’ll actually strengthen the bond between us. It’ll be more special when I do appear at the patio door, mewing for Whiskas.

“I’ll still probably sleep here most nights, and when I’ve got a mouse struggling for life in my mouth it’ll be you I bring it to. I promise.

“But if I’m honest I’ve already been crapping in a few of the neighbourhood gardens and I’m ready to take it to the next stage.

“A young cat like me shouldn’t be clawing the same armchair all the time, you know? I need room to breathe, to grow, to find out who I am. Plus at number 11 they have gourmet pouches that are to die for.”

Owner Helen Archer said: “I was in tears but I agreed. Mainly I was relieved she hadn’t found out about the big fluffy Persian I’ve been giving tuna in the afternoons.” 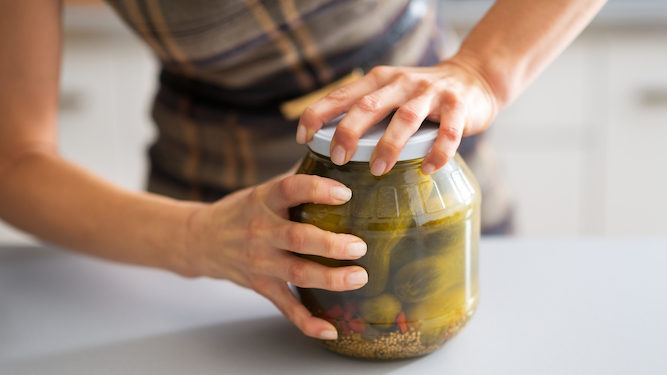 OPENING a jar that nobody else has been able to open is better than achieving orgasm through intercourse.

Research showed that twisting the top off a stubborn jar of gherkins in front of several people who have failed to do so also beats Christmas, being promoted or the birth of a child.

Tom Logan of Wrexham said: “I’ll never forget the date. November 19th, 2008. Mum had run that jar of pickled onions under the hot tap and Dad had whacked it on the sideboard, but it just wouldn’t shift.

“Even my brother Mick, who does weights at the gym, couldn’t do anything with it. Then I step up, like a hero, and with one twist it’s off.

“I became a man that day. And it tasted sweet, Sweet, like a sweet, sweet onion in vinegar. Best day of my life.”

Brother Mick Logan said: “Whatever. I fucking loosened it for him.”