Couple has incredibly boring story about how they met

A COUPLE wrongly believe the mildly complicated way in which they met is an utterly compelling tale.

Tom Booker and Emma Bradford describe getting together as if it was an obstacle-filled romantic comedy, when in reality they just met a number of times and eventually had intercourse.

Booker said: “I first met Emma at Steve’s barbecue last summer, but the crazy thing was I barely spoke to her and left early because I had a bike ride the next day.

Bradford picked up the story: “We really clicked that night. Tom sometimes tries recipes he’s found on the internet, and so do I. We even like the same films. We’ve both seen The Lion King and ET.

“We didn’t meet again until Rachel got everyone to go for an Indian meal a month later and we swapped email addresses. It’s almost as if fate was guiding things in some totally crazy way.

“I was worried when I didn’t hear from Tom for two weeks, but it turned out he’d been on holiday. Incredible.”

Mutual friend Steve Horton said: “Tom and Emma need to realise theirs is an unbearably tedious story. Both of them having read Girl on the Train is not proof that you are meant to be together.” 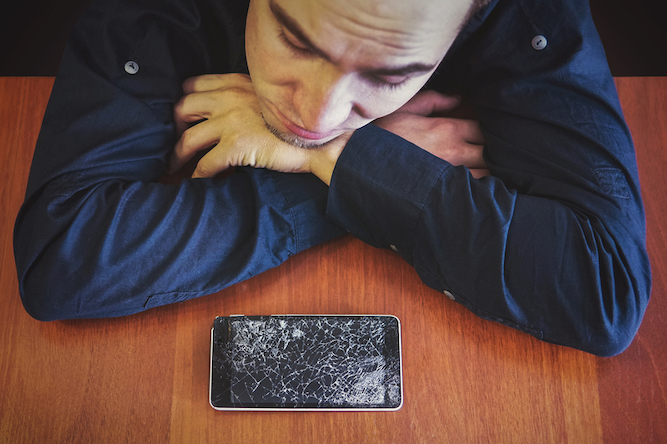 A MAN who cannot keep his phone screen intact for more than a month has decided to get a dog.

An air of morbid fascination has taken hold among the friends and family of Tom Logan who has, in the last 18 months, broken six phones, written off a car and been the cause of one small house fire.

Friend Martin Bishop said: “I love him, we all do, but I worry about any living thing in his care.

“I wouldn’t trust him to keep my plants alive. Mainly because I did that once and he managed to kill them all and somehow flood the kitchen.”

Logan is pushing on with his plan to get a rescue dog, despite friends raising the question of whether being placed in such clear danger can actually be defined as a rescue.