A MARRIED couple have completely shut out each others’ rambling report of their day at work for the last nine years, they have confirmed.

Tom and Kelly Booker confirmed that their relationship is thriving because when they both unburden themselves at the end of a long day, they know somebody is retaining none of it.

Kelly said: “I think the last time I paid any attention it was something about James getting his PowerPoint slides in the wrong order. Since then, I’ve been blissfully unaware.

“I’m not even sure what his job is now, despite technically being present for a 30-minute monologue about it five times a week. He wears a suit, I know that. Maybe something in business?”

Tom agreed: “I call it my thinking time. While Kelly’s on about Donna’s flexitime or whatever, I muse on topics such as supercars or Batman.

“Occasionally I surprise myself by saying ‘What, again?’ or ‘That Hayley’s always been a cow’ so obviously some reflexive part of my brain has learned to respond while I remain delightfully oblivious.”

Kelly added: “It’s definitely good for our marriage. For example, when I had my two-year fling with Martin in procurement, I told Tom all about it and he was fine. He said ‘mmm’.” 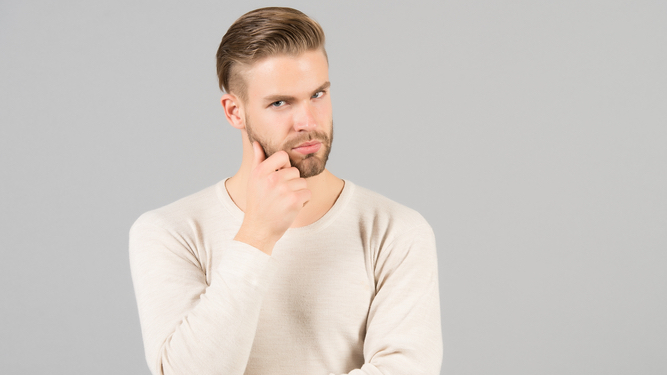 A MAN is obsessed with using the expression ‘nailed it’ even when it is totally inappropriate, it has emerged.

Tom Booker constantly uses the phrase to describe points made by everyone from his mates in the pub to characters in films, even when they are stating the fucking obvious.

Office worker Booker said: “It’s like last night in the Bear’s Head when Gary said you shouldn’t believe everything you read on the internet. He totally nailed it.

“Then the other day I was watching a comedian on Dave channel and he couldn’t work out why it takes women so long to get ready. God, how I laughed. He totally nailed it too.

“I love it when someone makes a profound point like that. Then I can say they nailed it which shows I’m the sort of highly perceptive original thinker who nails it too.”

Friend Emma Bradford said: “I really wish Tom would stop it. Yesterday he said ‘Do or do not. There is no try.’ I asked what the fuck he was on about and he said ‘Yoda totally nailed it.’”

Booker’s last use of the phrase was on an internet forum 11 minutes ago where he complimented another poster for pointing out that Brexit was going quite badly.