Boris sleeping in the House of Commons

POLITICIANS have realised Boris Johnson is sleeping in the House of Commons after being kicked out by his wife.

After fellow MPs found a sleeping bag, torch and a copy of Brexit for Dummies hidden under a backbench, the former foreign secretary admitted he had become a full-time resident.

Conservative MP Denys Finch Hatton said: “It’s very sad that Boris is getting divorced, but after he’s been sleeping on the seats all night there’s a distinctly unpleasant whiff.

“It turns out his wife has kicked him out over some piffling thing like sleeping with everyone she’s ever known. We’d wondered why we kept finding a pillow and crusty socks.

“He tried to get a flat but rents are out of control in London, which was news to him and which he strongly feels the mayor should do something about.”

When questioned by journalists Johnson admitted his personal hygiene was suffering due to only being able to wash in the House of Commons toilets and asked to borrow a deodorant.

He said: “It’s a bloody nightmare. I’ve been living off Quavers from the vending machine and the late-night debates keep me awake. Who knew there was so much parliamentary business? It’s like a full-time job.

“I need to become prime minister ASAP and move into Downing Street because this ancient seating is playing hell with my back.” 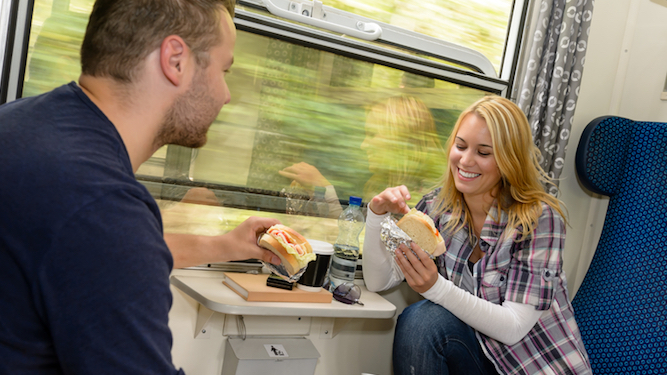 A CROWDED train is the ideal place to unpack a massive picnic or sort out a business deal, idiots believe.

While being in a cramped space surrounded by others makes most people keep themselves to themselves, fuckwits say they enjoy the challenge of doing something inappropriate.

Mum-of-two Donna Sheridan said: “If we’re going on a journey longer than 40 minutes, I unpack a big bag of shopping and start slicing bread to make sandwiches.

“Sometimes we bring hot soup too. It makes a horrific mess and scalds the kids if they’re drinking it when the train goes round a bend, but they need their five a day.”

Solicitor Roy Hobbs said: “I normally try to iron out the finer details of a complicated legal contract. That’s in no way impractical when the signal cuts out every three minutes.”

Marketing manager Mary Fisher said: “If we’re going on holiday we’ll break out a 1,000-piece jigsaw or assemble a massive kite ready for the beach.

“It’s tricky when I’m also having a long talk with my friend about her gynaecological problems, but we muddle through with a bit of shouting.”

Asked if she was concerned about bothering other people on the train, Fisher said: “What other people?”