HAS your nemesis just revealed they’ve been given an ample pay rise or tricked some hapless moron into marrying them? Put on a brave face with these coping strategies:

You can’t let them see the dawning pain in your eyes so make out that a mutual acquaintance already gave you the news, and you’re bored of it. Their sour expression as they attempt to conceal their disappointment gives you at least a soupçon of revenge.

An understated, unbothered reaction is the last thing your bête noir wants, so a single ‘cool’ will curdle their triumph. On paper you haven’t done anything wrong, but you both know you’ve essentially said ‘I couldn’t give less of a shit.’

Remind them it’s not that much once you deduct tax

‘Won’t that affect your tax band?’ will take their simple joy down a peg or two. If you see vulnerability, don’t hesitate to run the numbers right then and there. If their news is nothing to do with money, this is a great way to show that you weren’t listening.

Picture them in an accident

Keep it light to begin with, maybe a bird shitting on their head or their car getting keyed. If their good fortune continues scale it up to something more hardcore, like falling down the stairs while carrying a basket of rusty knives.

Punch them on the arm

Thumping someone while saying ‘Good for!’ is societally acceptable because it not only communicates simmering resentment, it also blows off steam under the guise of camaraderie. Remember: throw the punch with your whole body, not just the shoulder or the arm, to inflict maximum pain. 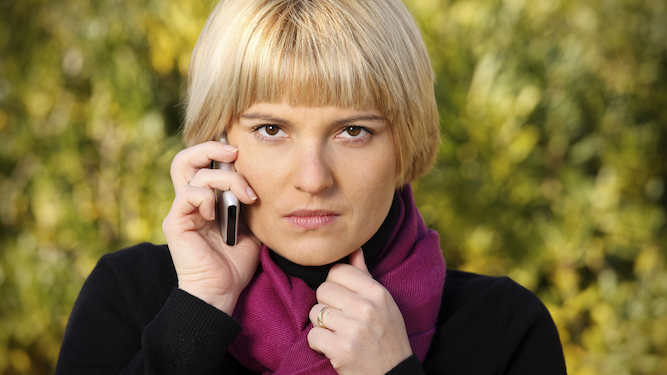 3am in the morning

‘AM’ means ‘in the morning’, cockwad. Saying them both is like asking ‘would you like some gravy meat sauce on that chop’ or ‘are you seriously smoking a cannabis drugs spliff before work?’ For f**k’s sake just choose one.

This is up there with ‘no offence but…’ in somehow legitimising the spray of twattish bullshit from your worthless mouth. Everyone knew you were ‘just saying’, Nicola, nobody thought your plan to mine the English channel would immediately become law. Do the British thing and keep your judgments locked up in your head.

Could you pop in your pin number for me?

Who else would I be doing it for? I’m the only person in the shop, my card is in the machine, I’m talking to you and only you. Save your breath.

Boys will be boys

Used to excuse anything from your son being a school bully to your husband getting a 10,000th visit certificate from a local lap-dancing club. What you’re actually admitting the blokes in your life are pieces of shit and you should really address that.

There’s literally nothing like the overuse of the word literally to literally make people want to literally headbutt you. Most people got over this habit by the millenium. And it’s no less offensive when used ironically.

It is what it is

Well that’s a completely bollocking redundant thing to say, no thank you for your great insight. It’s up there with its dear friends ‘we are where we are’ and ‘that’s it isn’t it?’ Reply with ‘conversational redundancies are conversationally redundant.’ Or just hit them.